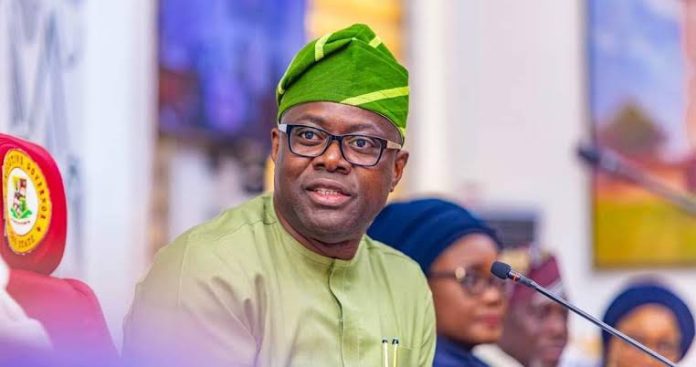 Oyo State Governor, ‘Seyi Makinde, has appointed a former Provost of the Tai Solarin College of Education, Professor Ojo Abiodun Adebowale as the chairman of the Adeseun Ogundoyin Polytechnic, Eruwa.

The governor equally appointed a retired Assistant Comptroller-General of Immigration and national security expert, Adegoke Rasheed Segun as his Special Adviser on Migration and Homeland Security.

Media aide to the Governor, Moses Alao, indicated in a statement that the two appointments were announced in separate letters signed by the Secretary to the State Government, Mrs. Olubamiwo Adeosun.
The letters, which quoted Adeosun as congratulating the duo on the appointments, which she described as a call to service, showed that the appointments are with immediate effect.

The newly-appointed Special Adviser on Migration and Homeland Security, Adegoke, joined the Nigeria Immigration Service in 1986, rising to the rank of Assistant Comptroller-General of Immigration in charge of ECOWAS & African Affairs, Service Headquarters, Abuja.
He has over 30 years leadership experience in the fields of national security, international law, border control and migration management, among others.
Adegoke is a recipient of multiple awards of achievement in public service, including the United Nations Medal in recognition for his duties and service in South Sudan.