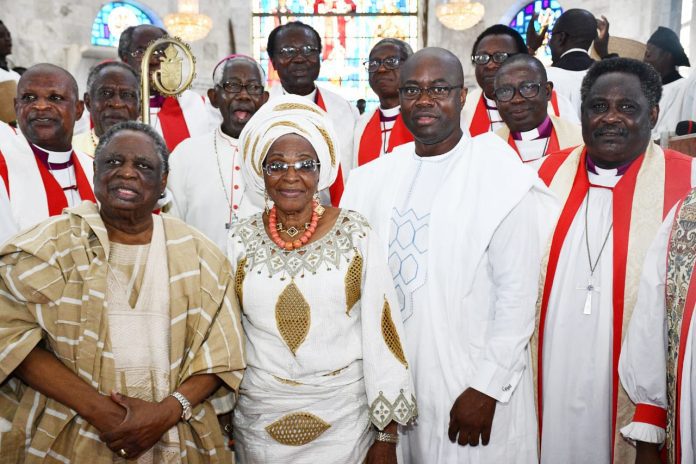 Governor Makinde described Baba Amoo as a man of great achievements, who has worked hard for Oyo State and Nigeria.

A statement by the Chief Press Secretary, Taiwo Adisa, indicated that the governor stated this when he attended the 90th birthday service held at the St. Peter’s Cathedral, Aremo, Ibadan.

The governor was also at the reception held in honour of the statesman’s birthday at the International Conference Centre, University of Ibadan.

He said: “I greet everyone for coming to felicitate with Baba today, and pray that celebration will not cease in our different homes.

“Actually, I have presented my speech in the church but I will just say something here briefly. Baba, may God continue to be with you and grant you long life.

“I was in attendance when you celebrated your 60th wedding anniversary, and today it is 64th. I pray that I will also be present when you would celebrate the 70th.

“We are in the period of politics but I don’t want to talk about political issues. So, on behalf of the government, the good people of Oyo State and Ibadan in particular, we celebrate you, Baba, for your great achievements, particularly in Ibadan, Oyo State and Nigeria as a whole.

“I said this because if you had not worked noticeably for Nigeria, you would not have been given the award of the Officer of the Order of Niger (OON). It means you were recognised nationally. So, we thank you for all those things you have done.

“Even as President-General Central Council of Ibadan Indigenes, CCII, we pray that God will continue to keep you for us to be able to deliver more services to the good people of Ibadan and Oyo State.”