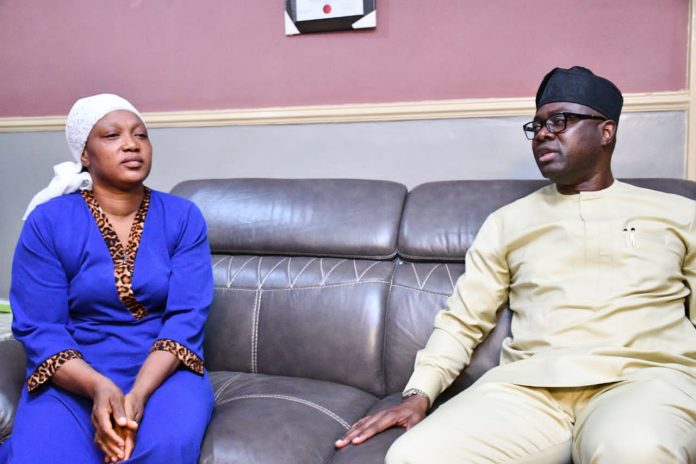 The governor stated this when he paid a condolence visit to the family of the deceased lawmaker, who died at the University College Hospital, Ibadan, on Tuesday, after a brief illness.

A statement by the Chief Press Secretary to the governor, Taiwo Adisa, indicated that the governor commiserated with the Popoola family, pledging to enrol his two children into his personal foundation such that whether or not he is in government, the support will not cease.

The governor, who signed the condolence register opened for the 46-year-old lawmaker, wrote: “This is a star cut short of his prime and a great son to Oyo State. May Honourable Popoola’s soul rest in peace. Amen.”

On the entourage of the governor were the Speaker, Oyo State House of Assembly, Debo Ogundoyin; Chief of Staff, Segun Ogunwuyi; Chairman Advisory Council, Hosea Agboola and the Special Adviser (Strategy and Political Matters to Governor Makinde, Babs Oduyoye.

Others were the Executive Assistant on Administration, Idowu Ogedengbe and some members the Oyo State House of Assembly, among others.