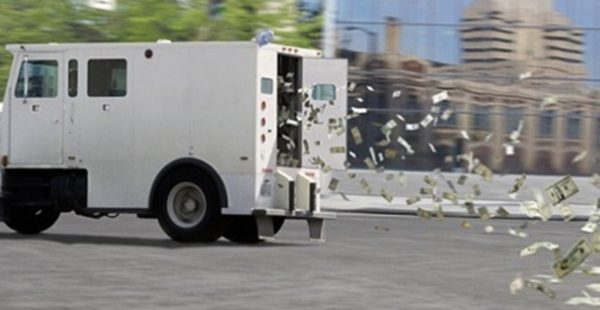 The Ebonyi State Police Command has arraigned a 34-year-old-man, Ikechukwu Moses Nwankwo, before a Magistrate’s Court in Abakaliki allegedly for stealing a bullion van containing the sum of N100 million.

Nwankwo, a Supervisor at Utobras Nigeria Limited, a transportation company dealing in movement of cash to banks, was docked on three-count-charge of conspiracy, stealing of bullion van and cash on November 18, 2022 at the branch of United Bank of Africa along Ogoja Road, Abakaliki.

The defendant was said to have failed to give account of the whereabouts of the bullion van and the sum of N100 million which he was asked to transport for the bank from Enugu to Ebonyi State.

Police Prosecutor, Sergeant Obi Eberechukwu, informed the court that the defendant, in connivance with others now at large, stole the bullion van worth N15 million, conveying the said sum of money, with the cash.

The charge brought against him read that “You, Ikechukwu Moses Nwankwo and others now at large, on the 18th of November, 2022, at United Bank of Africa, Ogoja Road, Abakaliki, did conspire amongst yourselves to commit felony to wit: stealing and thereby committed an offence punishable under Section 516A (a) of the Criminal Code, Cap 33, Volume 1 Laws of Ebonyi State of Nigeria 2009.

“You (defendant) and others now at large, on the same date and place in the aforementioned magisterial district, did steal one Bullion van valued at N15, 000,000 (Fifteen million naira), property of Utobrass Nigeria Limited and thereby committed an offence punishable under Section 390(a)(b) of the Criminal Code, Cap 33, Volume 1 Laws of Ebonyi State of Nigeria, 2009.

“You and others now at large, on the same date and place in the aforementioned magisterial district, did steal cash sum of N100, 000,000 (One hundred million naira) belonging to United Bank of Africa, 4B, Ogoja Road, Abakaliki and thereby committed an offence punishable under Section 390(9) of the Criminal Code, Cap 33, Volume 1 Laws of Ebonyi State of Nigeria, 2009.”

Nwankwo pleaded not guilty to the three counts while the defence counsel, Ebere Origbo, applied for bail in most liberal terms for him.

Eberechukwu, however, opposed the bail application on the ground that he would jump bail and that it would be difficult to track down the fleeing suspects.

The trial Magistrate, Happiness Chima, granted the defendant bail in the sum of N1million with one surety in like sum.

According to Chima, the surety must be resident within the jurisdiction of the court, must have a landed property along Onwe Road in Abakaliki and must present a two-year-tax-clearance-certificate for 2021 and 2022.

The Magistrate added that the surety must deposit two recent full sized photographs of himself and that of the defendant alongside verifiable addresses with the court.