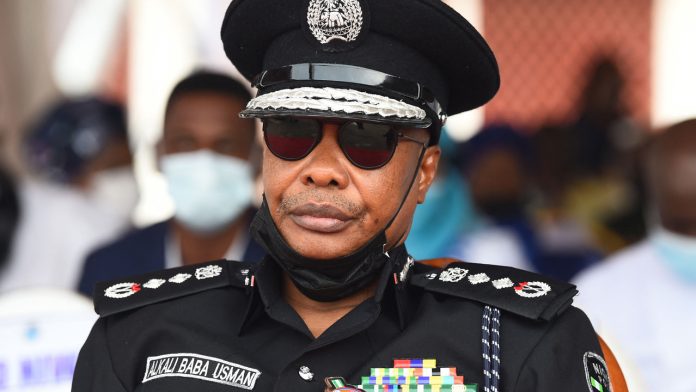 A 43-year-old Benue indigene, Bernard Ogbu, has cried out over his indefinite detention in custody of the defunct Special Anti-Robbery Squad (SARS) in Abuja.

Ogbu has been languishing in SARS detention for over three years without trial or bail.

An Abuja-based legal practitioner, Napoleon Otache, raised the alarm over Ogbu’s detention in a petition to the Presidency, Inspector General of Police, IGP, National Assembly, and the National Human Rights Commission.

Otache disclosed that the operatives of the defunct SARS, led by one ASP Felix Onoja, stormed Ogbu’s residence in the New Nyanya area of Nasarawa State on March 3, 2019, and arrested him.

He said Ogbu’s younger sister, Comfort Ogbu, alleged that the SARS operatives were torturing the 43-year-old.

The aggrieved sister also said Ogbu appealed to their family to raise the fund needed to secure his release.

In the petition dated August 25, 2022, Otache said, “In the midnight of March 3, 2019, the operatives of the defunct SARS led by ASP Felix Onoja, broke into Bernard Ogbu’s house at New Nyanya, Nasarawa State, and arrested him.

“The following day, Bernard Ogbu’s sister visited the detention facility of the defunct SARS, and she was referred to meet with ASP FELIX Onoja at the abattoir, Guzape, SARS’ detention centre, Abuja.

“She was only able to exchange greetings with her brother through the keyhole of the detention cell. Bernard Ogbu cried out and pleaded with his sister to look for money to secure his release because he was going through unbearable torture in detention.”

Comfort said when she asked ASP Onoja to explain the reason behind Bernard’s arrest, all he could say was that her brother had committed an offence that needed N5 million to secure his release.

The petition quoted her as saying “We have not been allowed to see him since March 4, 2019. Whenever we visited the SARS detention facility to ask for him, the policemen usually chased us away.

“When the SARS was disbanded due to the nationwide protest, we made several attempts to see my brother but to no avail. His wife died last year of depression caused by Ogbu’s continued detention. She left four young children behind.”

Otache lamented that Onoja detained Ogbu without disclosing any criminal allegation against him, adding that efforts to secure his bail or charge him to court proved abortive.

Otache said, “My client (referring to Comfort Ogbu) and her family members have made repeated attempts to even see Ogbu but none yielded any efforts to date. The policemen manning the gate usually chase them away after hearing the name of the person they came to see”.

“Also, ASP Onoja has been threatening my client for demanding the whereabouts of her detained brother or the car and any other property seized from his house.

“Based on advice, our client wrote a complaint letter to the current commander of the Intelligence Response Team, but we have not heard anything.”

Otache also urged the IRT commander to intervene so her brother could be charged if he had acted against the law.

The lawyer also urged the Presidency, the National Assembly, and the Inspector General of Police to cleanse the force of “bad eggs so as to restore the hope of the Nigerian citizenry in the crime-fighting and prevention mandate of the Police.”