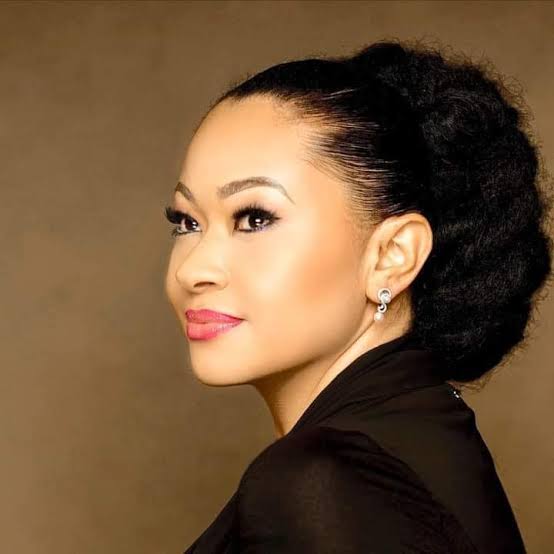 Today, being the 4th of November, 2022 witnessed yet another many falsehood and usual lies which have become the National anthem of Mrs Natasha Uduaghan on the Arise TV Channel.

The appearance of Natasha on the TV which was anchored by the duo of Dr. Ruben Abati and Oseni Rufai was nothing short of a show of shameless lies and unproven criminal allegations. It was even shocking to the anchors that one can open her eyes without blinking to say such unprintable lies and manifest falsehood.

One will say such allegations will ordinarily would not come from a sane person but this is Natasha Oduaghan talking. A woman who lacked human feelings and sympathy to the extent of rejoicing at the death of her fellow human being and exhibit demonic schadenfreude at any slightest opportunity.

She pride herself a lawyer but she behaves like stone age brat. She abandoned everything that makes sense in pursuit of ignoramus trinkets.

To start with, she failed woefully to provide proofs of the allegations she spewed out on the public TV when the anchors asked for proofs, but she rather shifts blame on the “accused” and turned herself a judge in her own case. It is funny that a “lawyerless lawyer” who could brandished a worthless and most useless petitions on the TV but could not provide one single sheet of a proof of her allegations.

Natasha Oduaghan claimed she does not know Shafiu but in a split of breathe she admitted the same Shafiu said he was ordered to kill her and others. She appeared as Shafiu PA telling the world the itinerary of Shafiu. This is beyond speaking from hearsay.

The lawyerless lawyer wallowed in ignorance when she claimed that the Governor has the power to grant amnesty or prerogative of mercy for condemned criminals serving jail term in the Federal prisons or correctional facilities in Nigeria. She embarked on goose chase when her ignorance was brought to the fore by the anchors.

The lawyerless lawyer highlighted her ignorance when she claimed that the Governor obtained a search warrant to search her house. No law in Nigeria empower anybody other than the security authority or any institution recognized under the law to obtain a search warrant to conduct a search on anybody’s house or premises. Not even a diploma in law student would make such blunders and a show of ignorance of the law. It is quite disturbing when she claimed that there was an intention or plan to plant guns in her house which will ultimately lead to her arrest. Mrs Oduaghan should know that  there are multiples malfeasances she has willingly committed that would have warranted her arrest but she does not worth the fight with Governor Yahaya Bello.

It is high time that all the well-meaning sons and daughters of Ebira land and Ihima in particular began questioning her motive towards the peaceful people of the land. She should be made to understand that we have thousands of Ebira women more “skin light”, brainy, wealthy and privilege than her. Her rudderless behavior is not known with the women in Ebira land.

The lawyerless lawyer shall meet with her waterloo with the law at the appropriate time.