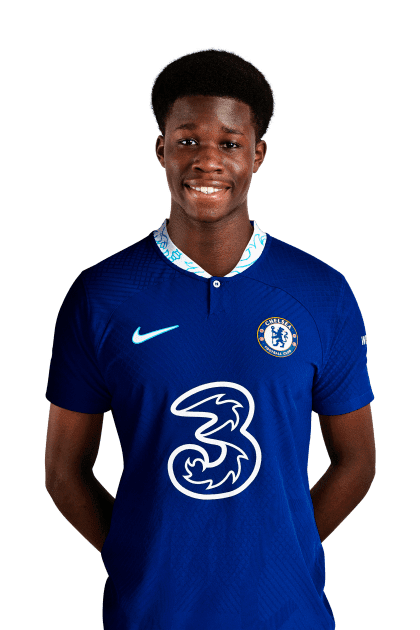 Flying Eagles-eligible winger, Tudor Mendel-Idowu, has finally opened his goalscoring account for Chelsea youth teams for the 2022-2023 season and the goal was scored against West Brom in an U18 Premier League clash at the weekend.

The intelligent and fast rising Mendel-Idowu has caps for England at U15 and U17 levels and is eligible to represent the Flying Eagles of Nigeria through his parents.

Mendel-Idowu’s wait for a goal ended in the 28th minute as he gave Chelsea the lead before Donnell McNeilly doubled the advantage in the 68th minute, rendering Fenton Heard’s 80th minute striker a mere consolation.

Regarding the starting lineup, Chelsea U18 coach Ed Brand made some interesting decisions, one of which included handing a debut to talented Anglo-Nigerian schoolboy Saheed Olagunju who was in action for 76 minutes.

Louis Flower, who has been starved of game time of late, led the line for 79 minutes before making way for another player of Nigerian descent Chinonso Chibueze.

In the provisional U18 Premier League standings, southern section Chelsea has climbed up to third with ten points from six games.