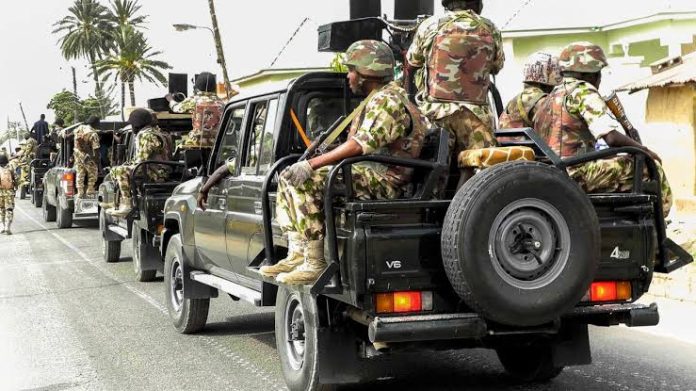 A civil society organisation, Socio-Economic Analysis Group, says the ongoing military operations across the country have eliminated fears associated with the 2023 general elections.

The group said this in a statement in Abuja on Monday by its convener, Olatunde Morayo, and co-signed by co-coveners, Hajara Abubakar and Obidi Ifukoon.

They said that a study conducted by SEAG, showed that the military had significantly reduced the capacity of bandits, insurgents and other criminal elements that could undermine the conduct of the general elections.

The group said it embarked on the study after a promise by the Chief of Defence Staff, General Lucky Irabor that the Armed Forces of Nigeria would work with other security agencies to ensure peaceful conduct of the elections.

They said the group had discovered that the military had continued to deepen its loyalty to the constitution of the country, while conducting in-house education for its personnel, on the benefits of total respect and support for democratic processes.

It said it was now left for Nigerians to cooperate fully with the armed forces to ensure a peaceful transition process.

“SEAG study of the situation was prompted by the promise made by the Chief of Defence Staff (CDS), that the armed forces of Nigeria will fully support the democratic process to a logical conclusion.

“Though some skeptics wanted to raise dust where there is none, our study reveals that the armed forces are fully prepared for the elections.

“A critical study of the security situation reveals that we are winning the war in all the troubled spots. Using kinetic and non-kinetic approach, normalcy is gradually returning.

“Though there are still traces of the security challenges, but we say the capacity of the military to deal with them is not in doubt.

The group commended the CDS, for constantly reminding Nigerians that the military had fully keyed into the democratic process, adding that it was a morale booster and assurance.

They urged Nigerians to support and cooperate with the armed forces, and other security agencies, to ensure peaceful and credible elections. (NAN)