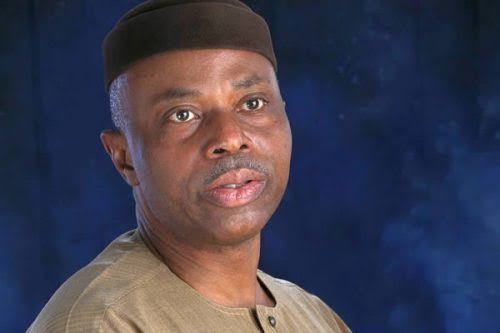 Former governor of Ondo State, Olusegun Mimiko, has rejected an appointment from the presidential candidate of the People’s Democratic Party, Atiku Abubakar, on the basis of equity.

Mimiko was named leader of the Ondo PDP Presidential Campaign Council billed for inauguration on Thursday.

However, in a statement on Wednesday by his Special Assistant on Media and Digital Communications, John Paul Akinduro, the ex-governor rejected the appointment, noting that he would not abandon those calling for equity in the party’s hierarchy.

The former governor noted that he has been inundated with calls and messages from political associates on whether he has abandoned Wike and four other governors demanding the resignation of PDP National Chairman, Iyorchia Ayu as a condition to back Atiku’s presidential aspiration.

The statement reads: “It must be stated with emphasis that Dr. Mimiko was neither consulted by anyone nor consented to his inclusion in any Ondo state PDP Presidential Campaign Council list.

“For the avoidance of doubt and to set the record straight, Dr. Mimiko is unwavering in his commitment to the principle of equity, fairness and justice through which he believes a credible push for a PDP victory is possible.

“He fully subscribes to the agitation by his colleagues and other stakeholders in PDP and the generality of Nigerians that the PDP structure must reflect Nigeria’s diversities if it genuinely wants to unify a visibly divided country.”