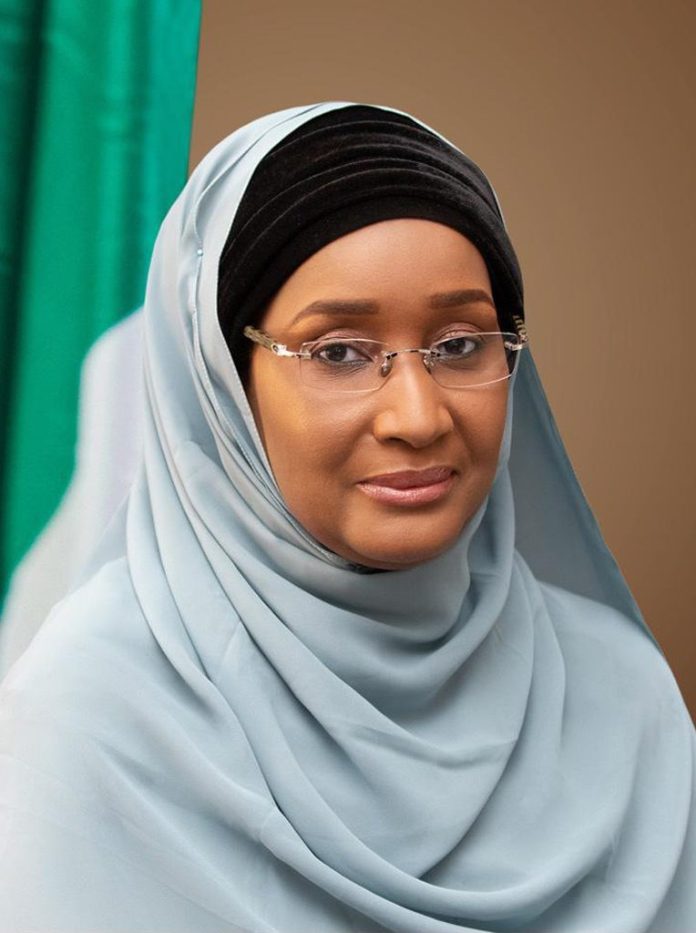 The Presidency has described as ‘inappropriate in this climate’, the calls from some quarters for the resignation of the Minister of Humanitarian Affairs, Disaster Management, and Social Development.

The Minister, Sadiya Umar Farouk, has come under intense criticism following her remarks that Bayelsa, one of the states reeling under floods, was not among the 10 most devastated in the country contrary to widely held perception in some quarters.

This is even as the Governor of State, Diri Duoye recently accused the Federal Government of neglecting the state in response to the floods despite being the nation’s cash cow.

Many have also called for the sack of the minister alleging insensitivity to the plight of the people affected by the flood in Bayelsa and other beleaguered communities in the south.

But, reacting via a statement signed on Wednesday by Senior Special Assistant on Media and Publicity, Garba Shehu, the Presidency described the scenes of flooding from Bayelsa state as” deeply saddening” just as it commiserated with victims of, and those affected by the floods.

“Almost every state in Nigeria has been affected,” it said.

The Presidency said that “the Federal Government is concerned about what has happened in Bayelsa as it is with respect to the other states. No life lost is bigger or lesser than that of the others.

“The challenge of bringing succour to the large number of the displaced people in Bayelsa and other states, the restoration of their damaged property and farmlands washed away have clearly overwhelmed disaster management efforts so far but that is not to say no efforts are being made.

“The huge need for everything from foodstuff to tents, blankets and mosquito nets; antimalarial and other drugs clearly indicate that more resources are needed, not only by the disaster management agencies at the center but also by those at the State and local council levels that are structurally, the first responders.

“The Minister has been diligently working to target assistance where it’s most needed and plug the gaps in several state governments’ disaster responses.

“The state of Bayelsa has done commendably well but they certainly can do better with increased Federal assistance, which is still being delivered batch by batch.

“All these efforts are coming ahead of the report of the committee under the auspices of the Nigerian Governors Forum, set up by the President “to fashion out solutions and then escalate their conclusions to the Federal Government, to alleviate the plight of people currently being ravaged by floods around the country.”

“This is just as more is being expected by way of international response and how much difference can be made by support from businesses and nonprofits as the country deals with its worst flooding in decades.

“We hope that everyone, the agencies of the Federal government, the states and the local councils will increase the attention to pay to the challenges of climate change.

“Clearly, this is not a time for public reproach. It will only weaken our collective response to the tragedy, and ultimately hinder cooperation that saves lives and delivers emergency aid.

“The government at the centre will continue to do more for Bayelsa and for all states so affected as more and more resources are made available to agencies dealing.”