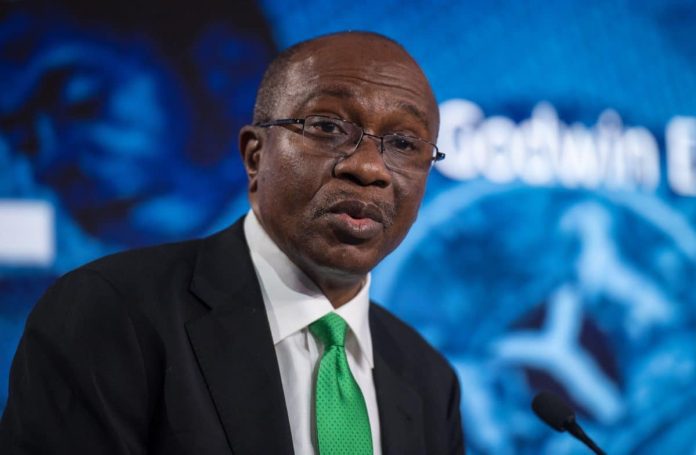 The Presidency alleged, on Tuesday, that “certain characters formed a cartel with collaborators in the Nigerian Postal Service and were allegedly collecting and pocketing” money realised from Stamp Duty.

Senior Special Assistant to the President on Media and Publicity, Garba Shehu, said this in reaction to allegations by a member of the House of Representatives, Muhammadu Kazaure, that N89 trillion Nigerian funds collected as Stamp Duty was missing.

Kazaure had also claimed that he had been blocked from seeing President Muhammadu Buhari because the outcome of the investigation of his committee, duly constituted by the President to investigate the missing funds, would consume the Governor of the Central Bank of Nigeria, Godwin Emefiele and other key officials. He was the Secretary of the Committee.

Responding to the lawmaker, who specifically challenged the presidential spokesperson to answer specific questions relating to his claims on the missing Stamp Duty funds, Shehu said, “This anomaly arose because certain characters apparently formed a cartel with collaborators in the Nigerian Postal Service, NIPOST and were allegedly collecting and pocketing this money.

“Soon after, a non-government organization posited to the administration that the Nigerian government had lost the sum of over N20 trillion to the Nigerian Inter-bank Settlement System ((NIBSS) between 2013-2016 in this regard, claiming that the said sum could be recovered and paid back into the government coffers.

“The consultants asked to be paid a professional fee of 7.5 percent and were placed under the supervision of the Secretary to the Government of the Federation, SGF.

“In the aftermath of this dismissal, the consultants sued the government. A court of competent jurisdiction subsequently ruled in favour of the government.

“Arising from the outcome of the litigation and the well known controversy on the legally responsible agent for collecting this levy, the administration went to the National Assembly and caused an amendment to the law and removed NIPOST from the duty of its collection.

“Having lost a potentially ‘lucrative’ line of ‘business,’ the sacked characters returned to the drawing board to formulate one form of trick or another to intimidate the government but the vigilant teams of the administration kept them at bay.

“Lately, they returned to the government through Muhammadu Gudaji Kazaure with a plan to track the so-called lost stamp duties with the erstwhile consultant as chairman and Hon. Gudaji as secretary. When it emerged that the petitioner and lead consultant of the committee the President had dissolved via the late Abba Kyari’s letter of March 28 had masqueraded himself and re-emerged as the chairman of the new recovery committee championed by the Hon. Gudaji, the President rescinded the approval he gave and asked that it be stopped from operating under the seal of his office.

“In addition to this committee being chaired by a petitioner, there were also other concerns relating to natural justice and fair hearing in having the Chief Justice of the Federation as a committee member and a serving member of the House of Representatives as Secretary, which are not in line with Section 5(1),(a)&(b) of the 1999 constitution of the Federal Republic of Nigeria (as amended).

“Once the President rescinded his approval to constitute this Committee, it lost all legitimacy. Arguments have in recent days been flying left and right over the rightfulness of a committee being dissolved.

“People are entitled to hold opinions. But these opinions do not change the fact that under our constitution, the power of the president to appoint and remove persons or groups is duly entrenched and unless such powers are shared with the Parliament, the President can hire and fire literally at will, and in line with the law.

“To go back to the main issue though, it is now evident that the consultants and petitioners’ claims of a missing N89 trillion from stamp duty appears false and a figment of their malicious imaginations.

“The same set of consultants claimed in 2016 there was N20 trillion to be collected. It was found to be false. The entire banking sector deposit is not even up to half of N89 trillion.

“Indeed, if the Federal Government can find N89 trillion Naira, it can pay off all its debt, both foreign and local currency and all state government debts and still have over N10 trillion left.

“So, the claim by these so-called consultants and the disbanded committee is totally ridiculous and a complete mockery.

“Gudaji has tried to draw me into a public debate which I don’t consider a good idea.

“In a video clip in Hausa and a press release in English both by this good friend of the administration, Hon. Gudaji Kazaure, invited me to answer questions, some of which are completely lacking in imagination.

“I would have ignored the allegations therein. Yet, a wise man once said that a lie can travel the world while the truth is still wearing its shoes.”

Kazaure had earlier told the public to ask Garba Shehu if he was around when Mr.President set and approved the commitee.