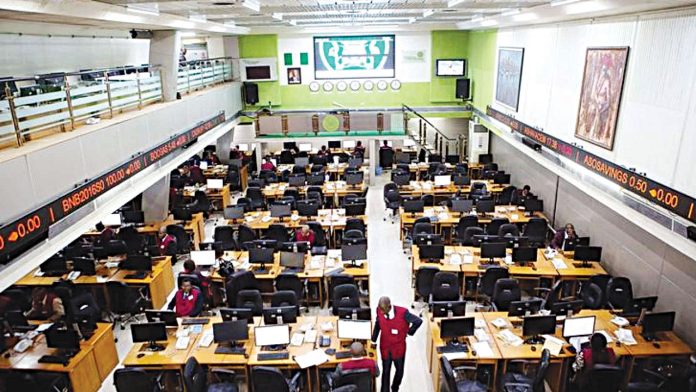 There was a contested battle between the bulls and the bears in the equities market in the trading week ended July 1, 2022 as mixed sentiments dominated activities on the domestic bourse.

With the H1-22 earnings season on the horizon, Analysts believe investors will be looking for clues on the sustainability of the decent corporate earnings release for Q1-22.

However, they (experts) expect mixed market performance in the coming week as bargain hunting in stocks with attractive dividend yields will be matched by intermittent profit-taking activities. Notwithstanding, investors are advised to take positions in only fundamentally justified stocks as the unimpressive macro story remains a significant headwind for corporate earnings.

Last week in the money market, the overnight (OVN) rate remained in the double-digit region, staying flat at 14.0 percent, following the already tight system liquidity, which was further pressured by outflows for net NTB issuances (N23.56 billion), FX auction, and cash reserve ratio (CRR )debit in the absence of any significant inflows to the system.

“We expect the OVN rate to trend southwards next week, as the system is saturated with inflows worth a combined N471.22 billion from FAAC disbursements (N451.22 billion) and OMO maturities (N20.00 billion),” Cordros Research said.

The Treasury bills secondary market remained bearish last week due to the intertwined factors of (1) persistent illiquidity in the system and (2) participants selling off their positions on some short to mid-dated instruments. As a result, the average yields across all instruments expanded by 50bps to 5.4 percent.

Across the segments, average yield expanded by 60bps and 18bps to 5.4 percent and 5.3 percent at the NTB and OMO secondary markets, respectively.

This week, given our expectations of healthier system liquidity, we expect T-bills yields to decline from current levels in the face of improved demand.

Last week, the Treasury bonds secondary market turned bearish as month-end sell-offs at the top of the week, and increasing investor apathy for yields at this level drove the average yield higher by 3bps to 11.2 percent. Across the benchmark curve, the average yield contracted at the short (-4bps) end following bargain hunting on the APR-2023 (-22bps) bond; but contracted at the mid (+6bps) and long (-6bps) segments as investors sold off the APR-2032 (+9bps) and JUL-2045 (+54bps) bonds, respectively.

Cordros Research noted: “We maintain our expectation of an uptick in yields in the medium term as the FGN’s borrowing plan for 2022FY and expected fiscal deficit point towards an elevated supply.”

Nigeria’s FX reserve maintained its accretion for the fifth consecutive time in the review week, as the gross reserve position grew by USD230.14 million w/w to USD39.16 billion (30 June 2022). Across the FX windows, the naira weakened against the US dollar by 1.1 percent w/w to N425.00/USD at the I&E window and by 0.2 percent to N615.00/USD in the parallel market.

Sell-offs in heavyweight stocks sink All Share Index as YTD return drops to 16.3%