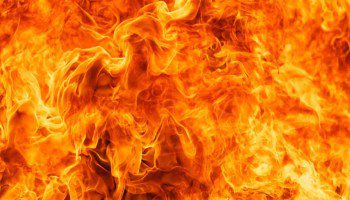 He was alleged to have stolen a motorcycle in the community on Saturday evening before he was caught and set ablaze by some angry youths including some commercial motorcycle operators in the area on Sunday morning.

It was gathered that Loni had dispossessed the unsuspecting commercial motorcyclist in the area, and had hidden it in an uncompleted apartment.

A source claimed that the suspect had previous records of robbery with the police in Ilesa and that the deceased was notorious for stealing people’s motorcycles.

The source added that other commercial motorcyclists identified him after he was apprehended and alleged that Loni was a serial thief. Consequently, they took him away and meted jungle justice on him.

It was gathered that the suspect was apprehended when he returned to the place he allegedly hid the stolen motorcycle to fetch it. Unknown to him, some group of youths in the area had already launched a manhunt for him immediately the incident happened on Saturday evening.

The source also stated that the Nigeria Police, A Division, Ayeso, Ilesa was aware of the development and that his corpse had been deposited at a mortuary in Ilesa town.

The Police Public Relations Officer, Osun Police Command, Yemisi Opalola did not pick up calls on her telephone.