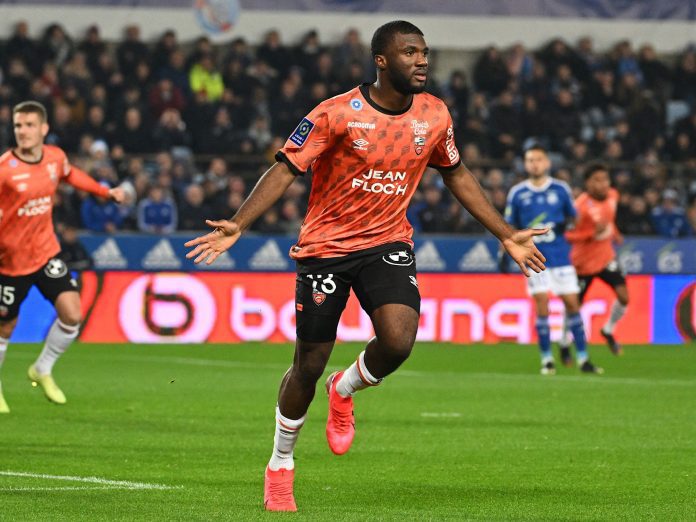 Lorient coach Régis Le Bris has admitted that Terem Moffi is disturbed by speculation linking him with a departure from Les Merlus in the January transfer window.

The Nigeria international was left out of the Lorient squad for their Coupe de France clash with Bastia at the weekend and the official reason given for his absence was that he was recovering from illness.

Moffi is pushing for a transfer to OGC Nice who have lodged three bids to secure his signature this month and the latest bid was a total package of 20 million euros.

From an economic point of view, the leadership of Lorient would prefer trading the Nigerian to an English Premier League team as the fee being offered is higher than the proposal from OGC Nice.

West Ham United made a £20m bid plus £5m in performance-related add-ons to sign the Lorient hitman, while Southampton’s offer was deemed insufficient.

At the weekend’s post-match press conference, Régis Le Bris did not deny that his top scorer Moffi is concerned about his future but expects the Super Eagles star to return to the fold for the visit of Rennes on Friday, January 27.

“There is a reality, there is this little virus, and it is a somewhat disturbing period for him.

“But I think he will be back for Rennes and that he will resume training at the start of the week,” Le Bris said.

The 23-year-old Moffi has eighteen months left on his contract with Lorient, whom he joined from Belgian team KV Kortrijk in
2020.