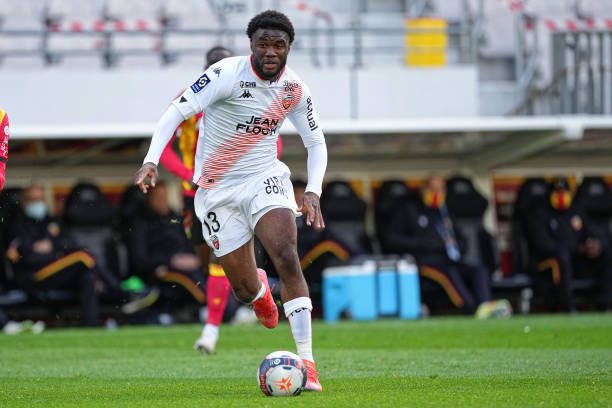 Super Eagles star performer, Terem Moffi is nearing double figures for goals in the French Ligue 1 after adding to his tally for Lorient in their 2-1 loss to Paris Saint Germain at the Stade Yves Allainmat – Le Moustoir on Sunday afternoon.

Moffi made his first start for Lorient since recovering from an ankle injury he suffered against Stade de Reims about three weeks ago.

Brazil superstar Neymar broke the deadlock from close range in the ninth minute and the home fans had to wait for eight minutes into the second half before the equaliser, scored by their Nigerian talisman.

Moffi made it 1-1 with a left-footed shot from a difficult angle to take his tally for the season to nine goals in the Ligue 1, and was unlucky not to score his second of the game four minutes later when his shot struck the woodwork.

Lorient went on to lose the game as Danilo Pereira in the 81st minute netted what proved to be the match-winner.

Lorient, this season’s surprise package, are fourth in the standings with 27 points from fourteen matches.