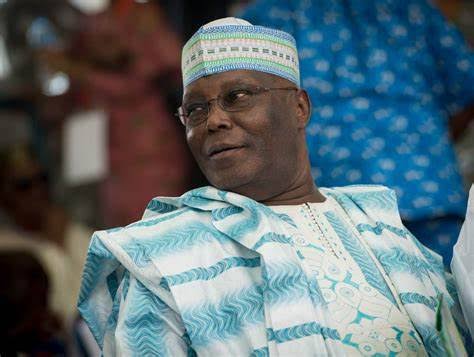 The Presidential campaign team of the Peoples Democratic Party has refuted allegations of money laundering levelled against its candidate, former Vice President Atiku Abubakar, saying the claims are an attempt to blackmail him.

The All Progressives Congress’ Tinubu/Shettima Campaign Organisation had, on Monday, called for the arrest and prosecution of the former vice president for allegedly using private accounts to siphon monies from the public treasury.

The Tinubu campaign made the claims on the heels of a video by a whistleblower identified as Michael Achimugu, a purported former aide of Atiku, alleging that the PDP candidate used “Special Purpose Vehicles (SPVs)” to divert public funds while in office.

In response, a spokesman for the Atiku/Okowa Campaign Organisation, Daniel Bwala, who spoke on a national television on Tuesday, argued against the culpability of the former vice president based on the evidence presented by the accuser.

“I do not think a picture showing him with Atiku is conclusive proof of relationship or that he’s with the family, but whether the content of what he’s saying is true or not and also whether he is a merchant hired by someone to execute a project,” he said.

He added, “When a whistleblower blows the whistle, there is this thing called the objectivity test that they tend to see whether he’s acting out in the interest of peace or he’s a merchant like I said.

“He failed the objectivity test because you would see in all of the videos, audio, or whatever he releases, he would say, ‘In this campaign, don’t vote for him’. In other words, he’s politicising the information he claims he’s releasing in the interest of the public.”

However, Deputy Director, of Media and Publicity, APC PCC, Ali Muhammed Ali, defended its petition against Atiku as well as the accuser’s decision to come forward.

He said, “It would appear that the government has no idea that somebody – a trusted aide – would record conversations and then come to the public space and expose and try to stop a man whom he thinks once he gets into the public till, he will pillage our common till. So, he’s coming to the fore now with these pieces of information,” he said.

According to the APC campaign spokesman, the mention of SPVs makes the call for punitive action against Atiku critical.

“The idea of SPVs, special purpose vehicles… were not there in 2019,” he said. “As far as I remember, they were not there. And there was no audio evidence of conversations about certificates and monies that would be used in certain companies in 2019. In 2023, these things are coming to the fore,” he added.