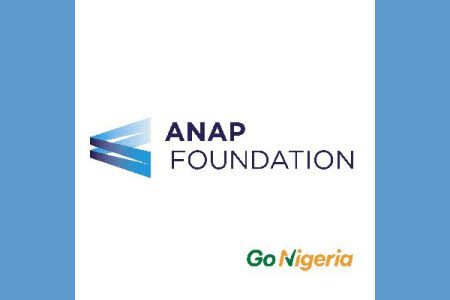 More knocks came the way of the ANAP Foundation presidential poll released on Thursday with the Campaign Council of New Nigeria Peoples Party (NNPP) and Presidential Candidate, Sen. Rabiu Kwankwaso, saying projections were self seeking, self serving, misleading, inaccurate and laced with partisanship.

The All Progressives Congress Presidential Campaign Council had earlier through Bayo Onanuga poured cold water on it too.

The spokesperson of the NNPP campaign council, Ladipo Johnson, while reacting to the poll, impunged the sampling methods of the data collection which projected Kwankwaso as coming fourth in the 2023 general elections.

The ANAP Foundation had put the 2023 presidential election as a three-horse race.

It said the race was between the candidates of the Labour Party, Peter Obi; All Progressives Congress, Sen. Bola Tinubu; and Peoples Democratic Party, Alhaji Atiku Abubakar, after a new poll concluded in early September.

According to the result of the poll which was commissioned by the ANAP Foundation and conducted by NOI Polls Ltd., Obi will lead the race with 21 per cent of votes in the poll.

The outcome showed that Obi’s votes would give him an eight per cent lead over APC’s Tinubu and PDP’s Abubakar who each got 13 per cent of the votes to end up as joint second in the poll.

The presidential candidate of the NNPP, Kwankwaso, was fourth in the poll with three per cent of the votes.

Johnson described the projection as bogus and misleading.

He said that he watched the interview on Arise Television programme earlier in the morning when the Chairman of ANAP Foundation, Mr Atedo Peterside could not adequately respond to, or substantiate “the sampling method used in arriving at the obviously unverifiable or concocted data”.

Johnson said “His defence was rather unclear and begging the question whether the poll was authentic by telling Nigerians or whoever is not comfortable with the outcome to go do their own poll!

“I would take it with a pinch of salt. This is a known template. In this season we should expect many more dubious sounding opinions, polls etc.

“Unfortunately there are many who for parochial reasons are drawing back the development of our democracy, due to various propaganda tricks.”

According to him, the data purportedly relied upon did not go far enough in an empirical manner to show the ethnic and religious backgrounds of those polled.

He added that there was no indication as to whether those polled were artisans, educated or non educated , professional or non professional Nigerians among others.

“The poll is to say the least bogus and an attempt to create the impression that the LP candidate has the potential to succeed when in actual fact, the reality on ground is totally different.

“This is similar to a misleading poll they conducted before the Ekiti election,” he said.

According to him, “in any event, the poll will succeed in giving their supporters temporary euphoria.

“On our part, we are building momentum at the grassroots level round the country and look forward to Sept. 28 when we will openly bring our positive message for a new and prosperous Nigeria where every citizen will have the opportunity for a better life, to the people of the country.

“The NNPP insists that the complete process of the poll should be published if not, the poll cannot be taken seriously.’ (NAN)