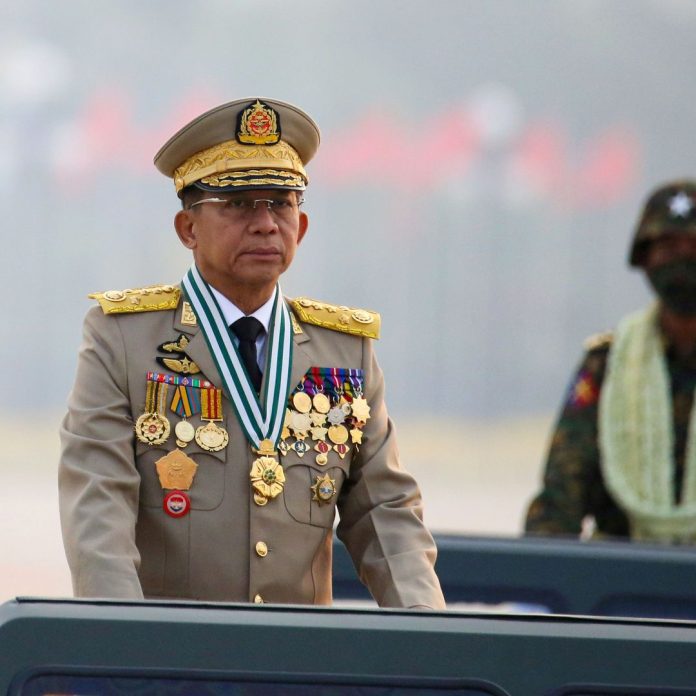 MYANMAR’S military junta has executed four pro-democracy activists, state media and the U.S. Embassy in Yangon reported, carrying out its first executions in more than three decades and defying international appeals for restraint.

The four men included two high-profile activists: Kyaw Min Yu, also known as Ko Jimmy, who rose to prominence in a series of student uprisings in 1988, and Phyo Zeya Thaw, a hip-hop artist turned member of parliament who was widely admired among Myanmar’s youths.

Phyo Zeya Thaw, 41, and Ko Jimmy, 53, were convicted on terrorism charges and sentenced to death in closed-door trials last fall. The other two men executed were Hla Myo Aung and Aung Thura Zaw, state media reported, who were convicted of killing an alleged military informant.

Moe Zaw Oo, a member of the National Unity Government — an alliance of anti-junta groups, many of which are in exile — said NUG officials were alerted to the executions early Monday. “It’s unbelievable. … This will just create more violence across the country,” Moe Zaw Oo told The Washington Post.

Aung Myo Min, another NUG minister and prominent human rights activist, wrote on Twitter that he was “extremely saddened” by the news. “What else do we need to prove how cruel the murderous Myanmar’s military is?” he wrote.

Junta spokesman Zaw Min Tun confirmed the sentences to local news agency Voice of Myanmar but would not comment further.

Myanmar’s military first seized power in 1962 but gradually loosened its grip, allowing for general elections and an influx of international companies, which introduced the country to digital technology and social media. Led by Nobel Peace Prize laureate Aung San Suu Kyi, opposition politicians from the National League for Democracy rose to power in 2015, but their rule was short-lived. The military violently reclaimed control in February 2021.

Myanmar’s military had not used the death penalty for more than 30 years, but amid a violent — and so far unsuccessful — campaign to stamp out resistance, officials are turning to new forms of intimidation, experts say.

At least 117 people have been sentenced to death in the past year, according to the Assistance Association for Political Prisoners, a Myanmar nonprofit organization that tracks and attempts to verify the status of those detained by the junta.

The pro-democracy activists’ executions were met with condemnation from human rights advocates and the international community on Monday.

“We condemn the military regime’s execution of pro-democracy leaders and elected officials for exercising their fundamental freedoms,” the U.S. Embassy in Myanmar said in a statement on Twitter.

“We join the people of Myanmar in mourning the loss of Ko Jimmy, Phyo Zeya Thaw, Hla Myo Aung, and Aung Thura Zaw,” it added. “Our deepest condolences to their families and many friends.”

“The junta’s barbarity and callous disregard for human life is on full display here. There are many, many others who have been unfairly convicted to death row since the coup under these secretive military tribunals, and this act sends a chilling effect against the pro-democracy movement,” Manny Maung, a researcher at Human Rights Watch who focuses on Myanmar, said in an email.

The advocacy group called on the United States, Europe and others to demand the “immediate release of all political prisoners” and to put in place measures that would halt the flow of revenue to the military junta.

Tom Andrews, the U.N. special rapporteur for Myanmar, said in a statement that he was “outraged and devastated” by the news.

“These depraved acts must be a turning point for the international community,” he said.

“What more must the junta do before the international community is willing to take strong action?” he added, pointing to what he called “the widespread and systematic murders of protesters, indiscriminate attacks against entire villages, and now the execution of opposition leaders.”