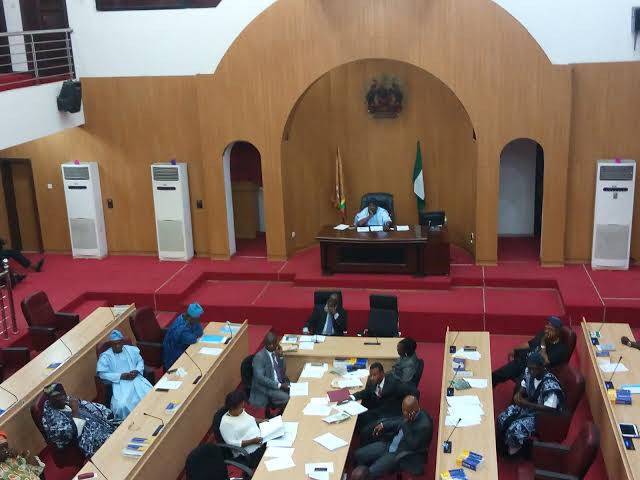 The Osun State House of Assembly has been torn apart over N40 million that the state governor, Ademola Adeleke reportedly gave to the lawmakers as Christmas gift last year.

Some members of the parliament are alleging that the Speaker of the House, Timothy Owoeye, misappropriated the huge cash and cheated them.

The aggrieved lawmakers, numbering 15 out of the 26 members, alleged that Owoeye did not disclose that the governor gave them any cash gift before sharing it to them.

The parliamentarians said the speaker gave each of them a bag of rice and a sum of N250,000 as Christmas gift during the festive season, thus crying out that they had been cheated.

It was learnt that some of the lawmakers who are close to Adeleke got to know about the N40million Christmas gift when the assembly resumed this year, a development that sparked protests from other legislators.

According to sources in the parliament, the lawmakers also discovered that Owoeye allegedly had a shaddy deal with former governor Gboyega Oyetola on the approval of a loan request.

The situation, according to findings, has so deteriorated that aggrieved members are allegedly muting removing the speaker over the allegations. They said they are not satisfied with the amounts they were given.

The lawmakers, it was gathered, met on Thursday at a hotel to discuss the issue with a view to ensuring that they confront Owoeye to explain how he spent the money.

A lawmaker, who pleaded anonymity, disclosed that the lawmakers were displeased with the Speaker’s disposition on the issue.

“Well, some persons told us the Speaker used a substantial part of the money to buy food items as present for staffers of the Assembly during the festive season.

“But that ought to have been done with members’ consent. We are still on the matter and we will get to the root,” the lawmaker said.

However, the Speaker’s spokesperson, Kunle Alabi, disclosed that there was no infighting among the lawmakers, saying whatever the lawmaker got for welfare is their legitimate earnings.

“As far as Osun State House of Assembly is concerned, we remain one irrespective of whatever change in government.

“There was no need for money creating any division. Whatever the House got was its legitimate earning,” he said.