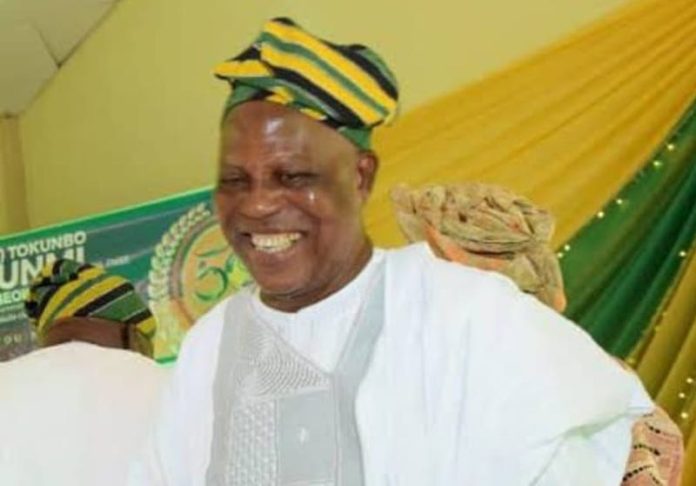 Somewhat subtly, what used to be a household name in the days of print journalism in Nigeria, well ahead of the ceaseless disruption by the internet, has extended the frontiers of his influence into conventional broadcasting. He did it a couple of years before he inched up to seven decades. It was strategic. No less strategic is the choice of the nomenclature. Citizen Radio. “Feel free to be part of this in all respects”, Alhaji has urged me and a number of people I know.

Citizen FM 93.7, Alhaji Najeem’s latest brainchild, is strategically based in Abuja ensconced in the towering Labour House, reinforcing the genuine, pro-people, pro-citizen positioning. The station has gone further to innovate programmes which keep empowering citizens with uncommon information. For instance, one of such, Diplomatic Hour, is being presented by one of the longest running newspaper columnists and indomitable public intellectual, thought leader and foremost labour veteran, Owei Lakemfa. This programme alone has attracted perhaps the highest number of diplomats to any news organization in Abuja, possibly the entire nation, in recent times. Duly genderised, the station is also one of the few that guarantees utmost visibility to women and women’s interest programmes with broadcast amazons with uncommon mastery and deployment of social media platforms like Kemi Asekun.

Citizen FM is Alhaji Najeem’s elderly elimination of misinterpretation by half baked reporters and multiplying charlatans deriving limitless enablement from the borderlessness of assorted online platforms replete with vulgar and obscenic contents.

Alhaji Najeem’s distinguished and long sojourn in the print media sub-sector remains an outstanding one suffused with inexhaustible lessons for professionals and media scholars alike, yours sincerely, a major beneficiary. For him, print journalism naturally came on as a continuation of his firebrand student radicalism at the University of Lagos where emerged as the Secretary General and earned the epithet Strato, short version of Strategist. A mass communication student headed for a First Class degree, Strato had to gulp the bitter pill of suspension for a year, for being an unbending union leader. He returned later to make Second Class Upper.

His entry into journalism at Daily Times therefore gave a robust expression to populism found irresistibly inviting by the newspaper audiences and indeed fellow players in that sector. He was thus beckoned to The Punch, clearly a freer environment for the radical Strato,earning him an enhanced visibility and admiration by colleagues and audiences alike, still.

Till date, he remains one of the best editors The Punch got blessed with. His professional children, including this writer, therefore keep multiplying.

Alhaji Najeem’s eventual entry into broadcasting which qualifies him as a rounded media veteran rightly qualifies as a veritable case for a sound scholarly attention that should also rightly signal possible windows of future research.

In spite of his glorious career at The Punch, Baba, as I fondly call him, left the Punch without any car in defiance of typical capitalist’s grip on their employees. He hadn’t paid for the car nor did he want to self-indulge. Not for him the encouragement to go away with it and pay later. But how many of us can cope with not having a car after being chauffeur-driven for years? This is a feat not to be replicated at The Punch until after more than a decade later by another modest, self-styled former Concord colleague and friend of mine, Chris Tunde Odediran, who, like Alhaji Najeem, had been poached by Punch from elsewhere, but suddenly couldn’t reconcile himself with some developments within the organisation. The consolation for the duo of Alhaji Najeem Jimoh and Tunde Odediran is that these two of a kind are success stories today, attesting to the truthfulness of the axiom that only tough people outlast tough times. Alhaji Najeem did that repeatedly, so you may be right to say he’s the human equivalent of the proverbial cat with nine lives.

“Till date, he remains one of the best editors The Punch got blessed with. His professional children, including this writer, therefore keep multiplying”

After leaving The Punch, Alhaji detoured into haulage business. The business paid off heavily, as he made fortunes. But the joy induced by that enterprise, to adapt Ola Rotimi’s parlance, had a slender body. It broke up too soon. “I saw my fortune crash and I was helpless.” Alhaji once told me how he had to brace up to a protracted life of zero luxury with the entire family. One day, an accountant friend and one other person travelled down to Abeokuta and made up their mind that they would pass the night in the former editor’s house. It turned out to be a self contained room and parlour. There was no extra bed! “But those my great friends made up their minds to share the little space. I had been up; gone really up by Allah’s grace, but in His glory, I had to also endure the reverse” he sermonized to me during one of our moments of frank engagements.

Alhaji Najeem Jimoh is one person consistently and probably inimitably faithful to all his claims and assertions, yet open to fresh wisdom at all times. “This stage of life that Allah has most generously enabled us to attain deserves to be ceaselessly appreciated with welcoming hands to the extent to which Allah has enabled us. And with patience”, he once volunteered to yours sincerely. According to him, Allah’s grace is supposed to flow as if the entire humanity is a relay race. “Once you receive His favours, share with others”. And he’s your verifiable “talk and do”. He has had to repeatedly tell me that the conduct of a female professor he met through me, especially her ability to fast almost interminably, is what has helped to rekindle his commitment to fasting again since 2017.

Since I left The Punch in 1987, our paths didn’t cross again until 2017. We met at the stakeholders meeting organized by JAMB, the very first by the Oloyede administration for that board. Venue was the Obasanjo Presidential Library complex at Abeokuta. The ecstasy of the unexpected reunion was indescribable. The hiatus notwithstanding, he didn’t struggle to recognise me. The re-bonding was immediate. We therefore had a good time together reminiscing experiences in the media, human rights advocacy practice and general development work as well as academia where I eventually berthed. There, really, aren’t many such good fellows around like Alhaji. Even as I revered Alhaji as Baba, that was the least I could do to reciprocate his humility in relating with me and all that I know.

Incidentally, Alhaji is never bereft of strategic support for all his beloved. “Dr Akanni, as I hasten to celebrate your professorship, I’m equally anxious to see you carve a niche for yourself as a media scholar in an unusual era. You must endeavour to learn and explore new things and you can always count on some of us, even as we will keep asking you to be incessantly creative with the uncommon totality of your journey from the media through development work to academia.” I can only continue to say amen to Alhaji Najeem’s prayers for me and my household. My first editor finally turned into my father and a most enduring friend and confidant.

Once again, 70 warmest wishes to the uncommon professional mentor who doubles as a leader for all seasons.

Tunde Akanni, PhD, is an associate professor of journalism and pioneer Director of Digital Media Research Centre, DMRC, LASU. Follow him via: @AkintundeAkanni (Twitter) and tundeakanni.com