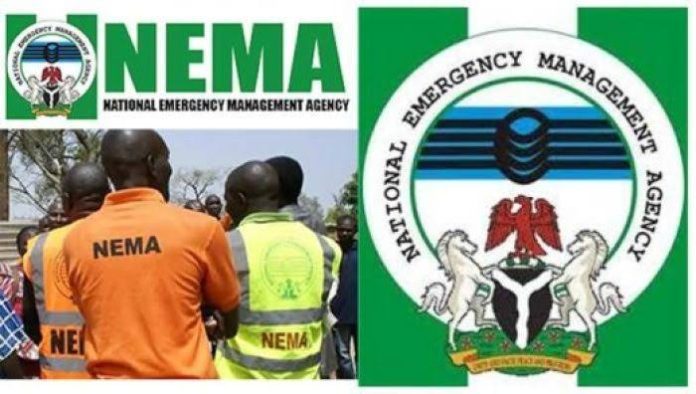 The National Emergency Management Agency has donated some food and non-food relief materials to victims of flood in Imo State to alleviate the negative impact on them.

Receiving the relief materials on behalf of Governor Hope Uzodimma, his Deputy, Placid Njoku thanked the NEMA management, the Minister of Humanitarian Affairs, Disaster Management and Social Development, and President Mohammadu Buhari, for the kind gesture extended to the flood victims in Imo State.

The Deputy Governor said though the flooding was predicted, its magnitude and impact were “very devastating and almost overwhelmed some State governments.”

He said Governor Uzodimma rose to the challenge by quickly visiting the victims in their Communities and Local Governments and made donations of food and non-food items within the capacity and available resources to the State.

Njoku added that “what the State Government has done so far cannot be said to be enough and as such Government is happy in receiving the food and non-food items from the Federal Government as an encouragement to the affected people and areas.”

He used the opportunity to appeal to well-meaning individuals, philanthropists and groups, to contribute their quota towards alleviating the enormous problems caused by the flooding “because government cannot do it alone.”

The Deputy Governor promised that the government will involve NEMA officials in the State in the distribution of the food items and prayed that “this level of calamity will not happen again in Imo State and Nigerian in general.”

To avoid future occurrence Njoku enjoined the Federal Government to do something quick to contain the annual perennial flooding, noting that “on the side of Imo State Government, the initiative of dredging of Orashi River is a bold step towards contending future occurrence.”

Nnaji acknowledged the efforts of the Imo State Government under the able leadership of Governor Uzodimma, for providing the first line of support to the affected population.

He used the occasion to inform that Mr. President has also approved the release of 12,000 Metric Tons of assorted food commodities to vulnerable Nigerians as a way of assuaging the high cost of living in the face of current global economic realities.

The Deputy Governor was accompanied by the Secretary to the State Government, Cosmas Iwu and the Director of Imo SEMA Mrs. Pollen Ajoku.