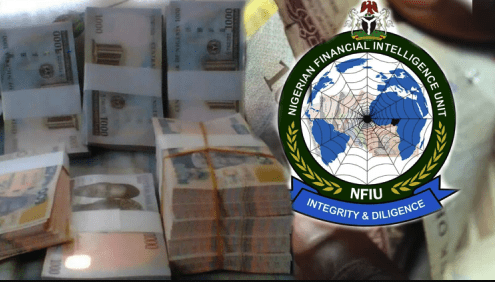 The phrase – Fight Against Corruption — is a mantra that every successive government in Nigeria, since I became conscious of the existence of the Nigerian state, has often deployed to signpost its pretence of having a “zero-tolerance” for graft. Each of them has always come up with one slogan or the other to drive that home. But paying “lip service” to it is the best some, if not all, of them, have achieved.

Immediately after the Second Republic was terminated through a coup d’état, the succeeding military regime of Generals Muhammadu Buhari and Tunde Idiagbọn came up with a campaign, ‘War Against Indiscipline’ (WAI). It was aimed at correcting social maladjustment (with bribery and corruption as part of the major focal points) in Nigerian society.

But the regime was short-lived, by a coup d’état as stated earlier, under the leadership of General Ibrahim Badamasi Babangida (IBB for short).

Even though there has been no evidence that an administration that is corruption-free ever existed, it is the belief of many Nigerians, dead or alive, who witnessed the era that corruption was upgraded to the status of officialdom in Nigeria under the Babangida regime.

It is believed that his regime, (from August 27, 1985, to August 27, 1993) was the period “corruption” became entrenched in both the public and private sectors of the country, with a consensus that every human being has got a price. Everybody is purchasable. All it takes is for you to find out his or her price. The belief was somewhat reinforced by the fact that there was no deliberate policy formulated with the primary aim of tackling corruption, under IBB.

Then came General Sani Abacha, with ‘War Against Indiscipline and Corruption’ (WAIC). It turns out that there might not be any regime under which Nigerians’ common patrimony was looted, as under that regime.

Up to this moment, after having recovered billions in hard currencies (dollars, euros, and pounds sterling), we still continue to receive what in the local parlance, is called “alerts”, from Abacha’s loots, as billions in dollars and pounds, stashed in offshore accounts are being repatriated every now and then.

Following President Muhammadu Buhari’s assumption of office as a democratically elected president in 2015, there was a renewed vigour in the discharge of the commission’s duties until friction began to occur between the commission and the office of the Minister for Justice and the Attorney-General of the Federation.

The friction would later bring to an unceremonious end the tenure of the then boss, Ibrahim Magu, after which Nigerians have not had much excitement about the vibrancy of the agency. Over the years (between 2015 and now) the commission was dismembered, with the removal of the Nigerian Financial Intelligence Units (NFIU) from under its control. This, kind of, whittled down its power in the real-time monitoring of flows of illicit funds within the system. This is so because Nigeria does not have an impressive history of inter-agency cooperation, a kind of synergy one would, as a matter of common sense, expect to reign between such sister agencies.

Despite the mandatory policy of the Central Bank of Nigeria (CBN) that every bank customer in the country must be registered biometrically and given a unique identification number, called the Bank Verification Number, without which an account cannot be opened or operated, public fund looters still find ways round being detected, inserting fictitious names into the payroll, creaming off the humongous amount involved.

This happens at all levels of government – federal, state, and local. Not even the introduction of the Integrated Personnel Payroll Information System (IPPIS) could deter it. They simply withdraw cash and hand it out physically to the contractor, who later hands it back to the illegal beneficiaries. This is the reason some highly placed civil, or public servants who are steeped in that sharp practice stood in staunch opposition to moves that would ensure that government financial transactions are done electronically 100%, for the sole purpose of transparency and accountability.

“That this administration, under President Muhammadu Buhari, had to wait until the tail end of its administration’s tenure before implementing this provision of an extant law shows one thing and that is, the only act of corruption Nigerians hate is the one they do not have the opportunity of partaking in”

I was, therefore, very elated but at the same time, dejected, when I read that ‘NFIU officially bans cash withdrawals from all government accounts, and vows to probe offenders’.

The NFIU director-general, Modibo Tukur at a press conference in Abuja said the agency is set to enforce the ban on cash withdrawals from the accounts of all the governments – federal, state, and local. The ban, according to Tukur, takes effect from March 1, 2023. He added that the agency will launch investigations against any public officials who engage in cash transactions with any of the governments’ accounts after the end of February 2023 in collaboration with the Economic and Financial Crimes Commission (EFCC), the Independent Corrupt Practices Commission (ICPC), and the Nigeria Police Force (NPF).

My being elated because it would make it difficult, if not impossible, to perpetrate the kinds of sleaze highlighted above. Sad because the NFIU boss made it clear in his address that it is not a new policy (or law), but an enforcement of extant law. One would want to ask; even though corruption walks on four, why was the law not being implemented all this while, to tame the menace? The timing of the implementation has sent tongues wagging also, with some people insinuating that it is being implemented for political reasons, as electioneering gets into full gear. Some see it as a deft move to discourage vote-buying by incumbents, abusing their access to the common patrimony. Others see it as a malicious move aimed at circumscribing the spending power of the opposition. How it affects individuals, whether politically exposed or not, depends on, “who is looking at what”.

That this administration, under President Muhammadu Buhari, had to wait until the tail end of its administration’s tenure before implementing this provision of an extant law shows one thing and that is, the only act of corruption Nigerians hate is the one they do not have the opportunity of partaking in.

If not, how does one explain the fact that what the NFIU is about to implement is not a new law but an extant one? We are talking of a government led by a man, touted as “Mr. Integrity”, whose body language can purportedly drive corruption across the Atlantic Ocean without him lifting a finger. But I think that was in the past because the number of allegations of corrupt practices level against some of his appointees, that are left uninvestigated, let alone, prosecuted, is enough for any sane mind to start questioning the veracity of the claim that the administration has a policy of zero-tolerance for corruption.

Having said that, I think it is worthy of commendation, the fact that they inadvertently admit that there exists, a procedural law that is hitherto not being enforced, despite the plethora of anti-graft advocacies by numerous Civil Society Organisations (CSOs), reports by investigative journalists, and whistleblowers, in the country, throwing up, loads of allegations of corrupt practices against key figures in the cabinet. It is better late than never.

Abubakar writes from Ilorin. He can be reached via 08051388285 or marxbayour@gmail.com