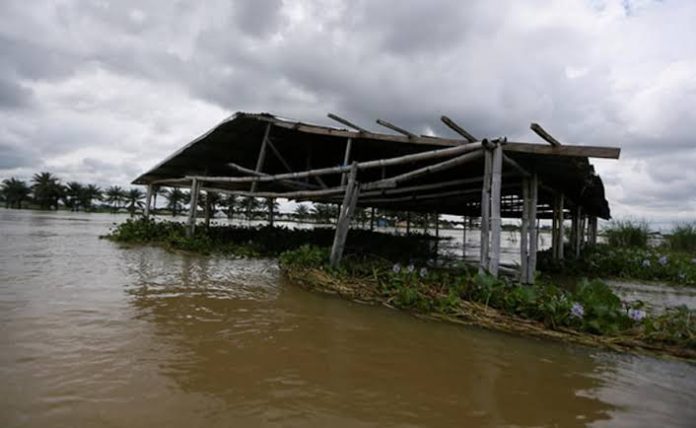 About 500 people have died in Nigeria’s worst floods in a decade and 1.4 million others been displaced from their homes since the start of the rainy season, the government said.

Floods caused by abundant rains and poor infrastructure have affected vast swathes of Africa’s most populous country sparking fears they could worsen food insecurity and inflation.

Nigeria’s Ministry of Humanitarian Affairs said on Tuesday that “over 1.4 million persons were displaced, about 500 persons have been reported dead… and 1,546 persons were injured”.

While the rainy season usually begins around June, most deaths and displacements started “around August and September” Ezekiel added.

“We are taking all the necessary actions to bring relief to the people affected by the flood,” humanitarian affairs ministry official Nasir Sani-Gwarzo said.

Fuel scarcity caused long queues at petrol stations in the capital Abuja this week after tankers were blocked by floods in neighbouring states.

In southern Anambra State, 76 people died when a boat capsized last Friday during flooding of the Niger River.

More abundant rains are expected in the coming weeks and months — the rainy season typically ends in November in northern states and in December in the south.

Until Thursday, “heavy rainfall is anticipated over parts of Taraba, Ebonyi, Benue and Cross Rivers State,” the Meteorological Agency said on Facebook, adding that “flash flooding is likely”.

Floods were also caused by the release of water from several damns, a process that was meant to prevent excessive flooding.

Sub-Saharan Africa is disproportionately affected by climate change and many of its economies are already struggling from ripple effects of the Russia-Ukraine war.

Rice producers have warned that the devastating floods could impact prices in the country of some 200 million people where rice imports are banned to stimulate local production.

The World Food Programme and the UN’s Food and Agriculture Organization said last month that Nigeria was among six countries facing a high risk of catastrophic levels of hunger.