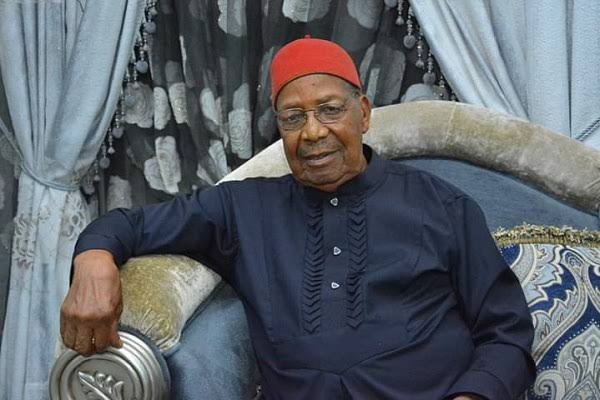 Governor Hope Uzodimma of Imo State has decried the death of one of Nigeria’s foremost patriots and an illustrious son of Igboland, Mbazulike Amechi.

Amechi, former Minister of Aviation in the First Republic and an unrepentant member of the Zikist Movement who was popularly called, “the boy is good”, passed on November 1, 2022, at 93, according to a statement by Ezeana Tagbo Amechi on behalf of his family.

Amechi, the Governor said, was an advocate of socio-political inclusiveness of the Igbo in the Nigerian political firmament as well as an apostle of equity, justice and fairness.

A statement by Oguwike Nwachuku, the Chief Press Secretary/Media Adviser to the Governor said his principal regretted that Amechi passed on when his fatherly counsel was needed most, noting that those mourning his death should be consoled by the fact that the former Secretary of the youth wing of the defunct NCNC led a good and fulfilled life of service to God, community, state, country and mankind as a whole.

Governor Uzodimma who further noted that Chief Amechi’s message of equity, fairness and justice resonated well across all the length and breadth of the country, said there is much to gain and learn from all that the deceased espoused while he was alive.

The Governor therefore commiserated with the entire Amechi family in Amihe Ukpor in Nnewi South Local Government Area of Anambra State, the Igbo Nation and Nigerians in general, over Chief Amechi’s death, and prayed God to grant the family, friends and well wishers, the fortitude to bear the loss. Also, he prayed God for the repose of he soul of the deceased.