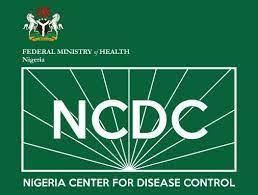 The Lassa Fever Situation Report for Epi Week 52: 26 December 2022 – 1 January 2023 released by the Nigeria Centre for Disease Control showed that there were 8,202 suspected cases which included 63 healthcare workers.

The Report, in a comparative analysis, showed that the number of reported deaths with a case fatality rate (CFR) of 17.7percent was lower than the CFR for the same period in 2021 (20.0 percent).

The Agency pointed out that of the 72 percent of confirmed cases, Ondo State reported 33 percent, Edo 25 percent, and Bauchi 14 percent.

It said that the predominant age group affected was 21-30 years, while the male-to-female ratio for confirmed cases is 1:0.8

In week 52, the health agency noted that number of new confirmed cases decreased from 17 in week51, 2022, to 12 cases. These were reported from Edo, Ebonyi and Benue States.

According to the health agency, no new healthcare worker was affected in the reporting week 52.

Lassa fever is an animal-borne, acute viral illness spread by the common African rat (Mastomys). It is endemic in parts of West Africa including Sierra Leone, Liberia, Guinea and Nigeria.

Ribavirin, an antiviral drug, has been used with success in Lassa fever patients. It has been shown to be most effective when given early in the course of the illness.

According to NCDC, a suspected case is any individual presenting with one or more of malaise, fever, headache, sore throat, cough, nausea, vomiting, diarrhoea, myalgia, chest pain, hearing loss and either a history of contact with excreta or urine of rodents , or contact with a probable or confirmed Lassa fever case within a period of 21 days of onset of symptoms or any person with inexplicable bleeding/hemorrhagia.