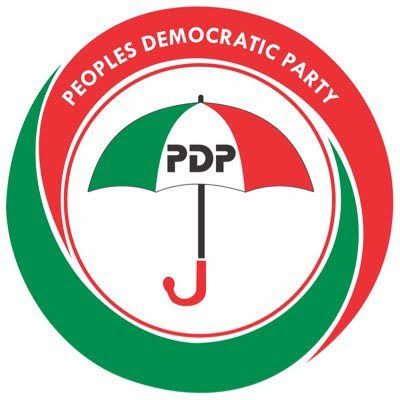 Director of Strategic Communication, PDP Presidential Campaign Council, Dele Momodu has alarmed that the country will collapse if an experienced economic and human manager like Atiku Abubakar is not elected as the next president of the country.

Momodu who is the publisher of Ovation Magazine linked the unabated free fall of the naira to the ineptitude of President Muhammadu Buhari in managing the economy of the country.

Momodu made the disclosure on Monday during an interaction with journalists at the Atiku Abubakar Campaign Office in Abuja.

Accompanied by Deputy Director General Operations and former Gov. of Cross River State Liyel Imoke, Commissioner for Information Delta State Ehiedu Aniagwu, Media Adviser to Atiku Media Office, Paul Ibe and Director of Delegates for the Council, Barakat Sani, Momodu said that Atiku Abubakar is the most experienced of all the candidates with proven track record and capacity to stimulate the economy.

“Our candidate is deeply concerned by the cost of living crisis which is daily worsened by the hyperinflation inflated on Nigerians by the ineptitude of the APC administration. We are assuring Nigerians that help is on the way as the policies enunciated with the policy document “Our Covenant with Nigerians” will not only bring Nigeria out of poverty but also herald an era of prosperity and prosperity sustainable development in a PDP government, come 2023.

“The declaration by the Central Bank of Nigeria last week that it would redesign some denominations in the naira as expectedly generated varied reactions from Nigerians. Already, the value on the naira has plummeted since the announcement and efforts must be intensified to address the decline in the value of the naira. The economy, which is on its knees at the moment, can hardly afford further devaluation of the Nigerian currency.

“Nigeria today is in a precarious state and if we do not have an experienced person to manage it, the prediction that Nigeria can collapse can happen easily.”

He said that the country is in a precarious situation, adding that 2023 is not a time for an experiment but can hit the ground running from day one.

“We are talking about the most experienced, most productive vice president like Atiku Abubakar, a man who has been able to employ young people from every part of the country.”

We went further to elucidate that last week, Atiku visited the United State of America where he held council meetings with officials of the U.S. Department of State.

“The visit was a means of strengthening bilateral partnership with the U.S. on the economy, poverty reduction and the fight against insecurity. The insight gotten from the visit will arm our candidate and the PDP to deliver on its promises to the people of Nigeria when he comes into power next year through a seamless partnership with the government of the U.S. on the subject of the economy, insecurity and poverty reduction”.

He said that the integrity of the forthcoming elections next year must remain a subject of concern to all lovers of democracy even as President Muhammadu Buhari has promised to deliver an election that is free, fair and credible.

Also adding his voice, Aniagwu said that the country is hopeless under the All Progressives Congress adding that voting the party back to power is sequel to fortifying hopelessness.

According to the Commissioner, “The PDP and its leadership are very much concerned about the level of poverty in Nigeria and the APC administration is doing badly in trying to get our people out of the trench.

“The latest is the change in the fall of our currency or whatever you may call it. Our naira has no value.

“Our presidential candidate, his running mate and the leadership of our party is indeed very interested in recovering our country from where we are today. His visit to the US is because he has got economic policies that speak to the need to bring job back to the people.

“The greatest economy in the world is the United States of America and so if you want to make difference you must be able to discuss with the masters both for the purpose of attracting direct investments and for the purpose of taking steps that will help you strengthen the naira that has collapsed very badly” Aniagwu explained.