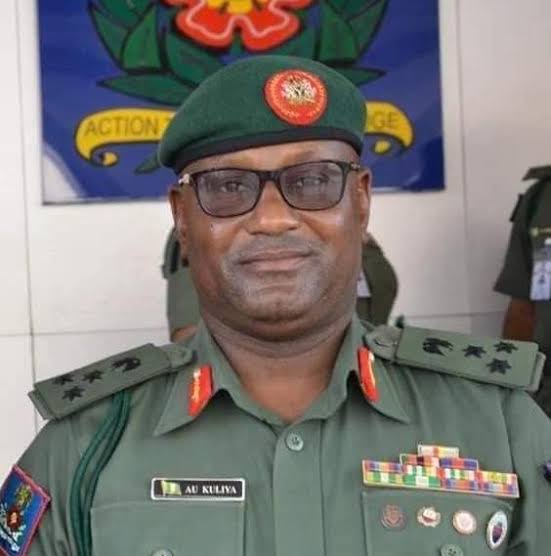 The Nigerian Army Intelligence Corps has immortalized late Chief of Military Intelligence, Brig.-Gen. Abdulrahman Kuliya by naming a 350-seater capacity Training Shed at the corps Headquarters in Abuja after him.

The project was inaugurated on Friday by the Chief of Army Staff, Lt.-Gen. Faruk Yahaya, represented by Chief of Special Service and Programmes, Maj.-Gen. Emeka Onumajuru.

The late CMI died alongside former Chief of Army Staff, Lt.-Gen. Ibrahim Attahiru, in the ill-fated military plane that crashed in Kaduna on May 21, 2021.

The COAS said late Gen. Kuliya deserved the honour because of his contributions to the intelligence corps and the Nigerian army in general.

Yahaya described the late Intelligence Chief as a dedicated and loyal senior officer who contributed immensely to the growth of the corps during his service years and in his short tenure as the CMI, especially in the area of training.

He said that the facility would provide conducive environment for the training of personnel of the Nigerian army.

He added that the late CMI’s vision of training and retraining of officers and soldiers of the Corps, tallied with the COAS vision of having a professional Nigerian Army ready to accomplish assigned missions within joint environment in the defence of Nigeria.

Earlier, the CMI said the late intelligence chief displayed exemplary capacity and leadership qualities which inspired both officers and men.

Salihu recalled some of the late senior officer’s legacies in operation and administration, adding that his legacies would continue to inspire generations to come.

The event was witnessed by Maryam Kuliya, wife of the late CMI, Senior Officers from Defence and Army Headquarters as well as personnel of NAIC. (NAN)