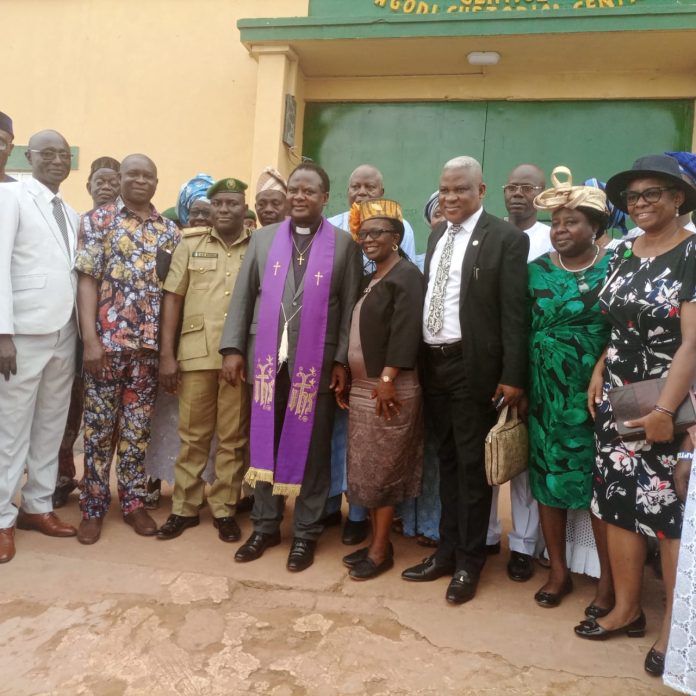 Both the federal and state governments have been implored to upgrade the welfare services at the nation’s correctional centres in a bid to ensure genuine re-orientation and re-integration of inmates into the society.

The Nigerian Baptist Convention spoke in Ibadan, the Oyo State capital on Monday during the visit by its members to the Nigerian Correctional Centre, Agodi/Gate as part of activities marking the birthday of its President, Rev. Israel Akanji.

During an interview with journalists after preaching, praying and distributing 1,000 loafs of bread to the inmates, Akanji harped on the need for government to up its stake in concert with key stakeholders and well-meaning personalities in the society.

The Baptist president advised that it would be ideal to prioritize the interest of inmates considering the fact that they would later be integrated back to the society.

He said “There are over 1,000 inmates here and they are human beings like us. Things that give us problems are things that give them problems. We must not neglect part of humanity that is going through suffering. These inmates made mistakes in life just like all of us at one time or another. It is just by mercy that our own mistakes had been covered. We are all susceptible to making mistakes.

“Our appeal to the society is that as we have the grace of God to come today, we are calling on people who are blessed that they need our attention. The privileged should arise and help. We should have faith that God would use them to make the society better.

“For us as Christians, it is a mandate and command. We are sorry that we have not done enough. We can only ask God to forgive us and to do more for those at the margins of life like those at the correctional centre.

“Definitely, there is always room for improvements. For one, government should improve upon monitoring at the prisons. It is not enough to send people to jail for 10years, 15 or 20years, but are you monitoring and are there reports about the prisoners.

“Officials of the correctional centres are trained in projecting the behaviours of humanity. The fact that you have 15-year-term does not mean you have to spend the 15 years. If you are monitoring, inmate may be out before the expiration of the jail term. There is need for continuous monitoring of the activities at the centers.

“Then, there is need for provision of more facilities. Over a thousand people are staying there. It needs continuous sanitation. You know, the environment must be sanitized to forestall epidemic.”

The Comptroller of the Agodi Correctional Centre, Oyo State Command, SO Ayodele, said that the society should endeavor to make ex-convicts feel welcomed back after serving their terms in order for their confidence to be restored.

Ayodele said that “The inmates are produced by the society and they are going to come back to the society. The society should not stigmatize them. Whatever reform we do might not work if the people stigmatize them and make them feel unwanted.”