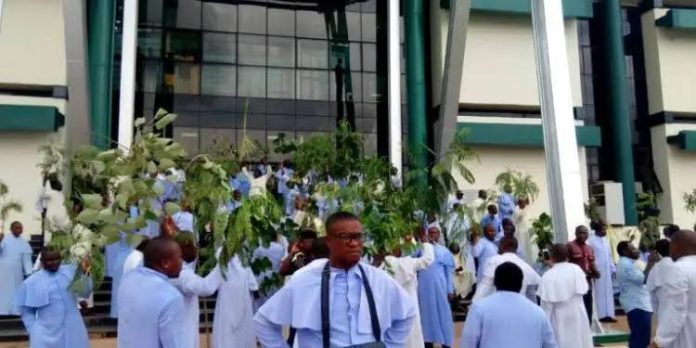 No fewer than 39 Catholic priests have been murdered and 30 others abducted in the year 2022, going by a collation by SBM Intelligence.

In the report titled, “Attacks on Priests,” released by the research outfit, 145 attacks on Catholic priests were recorded last year.

SBM Intelligence, a research organisation, compiles and analyses data about happenings in the country.

SBM said out of the incidents, 28 were perpetuated by kidnappers, three by herdsmen, two by the Independent People of Biafra, two by Boko Haram, and one each by bandits and mob violence.

“2022 was an awful year for the clergy. None in that group suffered more than Catholic priests, who at a point, were subjected to near-daily abductions with ransom demands set at an average of N50 million per priest.

“Although there were quite genuine fears that these abductions were targeted persecution of the Christian faith, the financial imperative in a holy abduction has somewhat eclipsed such concerns,” the report said.

Achi was burnt to death at his residence in the early hours of the morning.

Wasiu Abiodun, police spokesperson in Niger State, said the terrorists razed the building after failing to gain entrance into the priest’s residence and shot another priest who was trying to escape from the attackers.

While it may seem that the attacks have only become more prominent recently, they have been a matter of concern since the previous year.

In June 2022, Christopher Onotu, a Catholic priest, was abducted by gunmen in Obangede, Okehi LGA of Kogi State.

The gunmen reportedly broke into the priest’s rectory on a Saturday night before whisking him away leaving the congregation to know about the priest’s abduction on Sunday morning when they went to attend morning mass.

In November 2022, a Catholic priest, identified as “Father Kunat” was abducted in Kaduna metropolis following an invasion of his residence.

Reacting to the development, the Christian Association of Nigeria expressed concern over the spate of attacks on Christian clerics in the country.

The association described the country as a “killing field” and called on its members to adopt self-defence against future attacks.

“The continuous killing, as well as kidnapping of Christian clerics in Nigeria, is alarming. This has to be stopped at all costs.

“Nigeria is becoming a killing field where Christian clerics and its members are slaughtered like chicken.

“The Christian community must rise up and come together to put an end to this insult. They should take up arms and defend themselves legitimately,” CAN said.