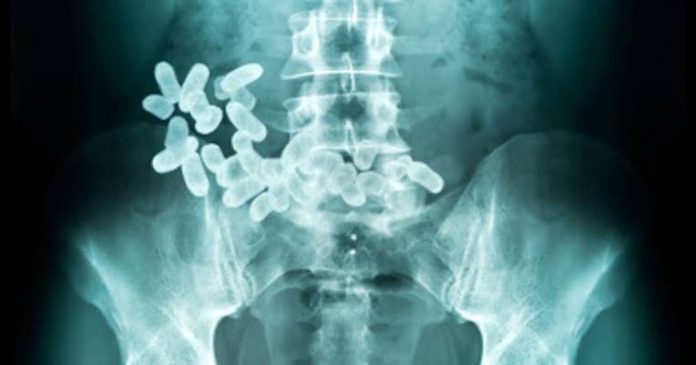 A 45-year-old Nigerian in India known as Ibrahim, has died in India after a drug capsule he was smuggling burst inside his stomach.

The deceased was found dead in Delhi after he was declared missing by his wife who lodged a complaint with the Kondwa Police Station in Pune.

It was gathered that the late Ibrahim came from Nigeria to Pune about a decade ago and was married to an Indian woman from the Kondhwa area of the city.

Trouble started when Ibrahim complained about abdominal pain and was admitted to AllMS hospital in India.

However, he tried to escape from the hospital as he was allegedly carrying drug capsules in his stomach, according to the police.

An autopsy report revealed Ibrahim had drugs in his stomach as at when he was admitted to the hospital over abdominal pain.

Speaking about the incident, Inspector Aviraj Kurade of Mira Road said that the police had informed Ibrahim’s wife about his death and an identification parade was also conducted to identify the deceased.

He added that investigators found that Ibrahim used to meet his friend, Andy in the Mira Nagar area.

Upon receiving information that Ibrahim had died in Delhi, a team of officials from the Mira Nagar Police station was sent to Delhi.

Ibrahim was suspected to be a drug dealer and had swallowed capsules of drugs to hide them which later burst in his stomach.