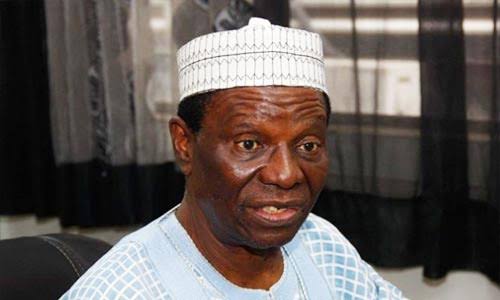 This year’s convocation lecture of the fast growing Edo State University, Uzairue, the 4th since its inception, has been held at the university campus in Uzairue, Etsako local government area of Edo State. The topic was ‘Rethinking the role of mainstream and social media in national development’- a topic which aptly suited the times coming some 48 hours after this year’s International day to end impunity for crimes against journalists.

The occasion gave me the opportunity as the convocation lecturer to make the point that in spite of hostility towards the media by politicians using the law enforcement agencies, Nigerian journalists must continue to push for more development in their country. They must reject political intimidation while remaining steadfast in meeting the obligation of their chosen profession. They did it before under a more severe and tense atmosphere and can do it better now if they are strategic and organized.

At several junctions in Nigeria’s history, the media has always faced persecution for fighting a noble cause in the interest of the nation. During the colonial era for instance, the anti-colonial posture of Nigerian activists made up mostly of journalists was countered by a plethora of legal anti-media provisions beginning with the Newspapers Ordinance No, 10 of 1903.

The law required every prospective newspaper proprietor to make, sign and swear affidavits containing their addresses and those of their printers and publishers before embarking on any newspaper production. It also required each media proprietor, to execute a bond of 250 pounds with two sureties. This was to make it easy to trace any person who breached any of the provisions of the ordinance. Expectedly, many journalists were harassed, fined and jailed for their critical writings against alien rule.

At independence when everyone had imagined that peace had eventually come, media battles for the development of the nation did not abate. This time, the media was obliged to reflect the frustrations of Nigerians over the anti-democratic attitudes of the indigenous leaders of the first republic who criminalized dissent and rejected the democratic principles of accountability and credible elections.

In 1961, regional elections in the North and the East were massively rigged. The 1964 elections into the federal house of representatives and the nation-wide workers strike which followed in the year were all poorly managed. The violence which greeted the fake election results in the 1965 elections in Western Nigeria gave the media the impetus to mount huge criticisms against the government of the day. This helped the military to seize political power in 1966.

The rigidity of military disposition showed through several military coups that the media would have to fight the military. Several decrees promulgated by the military put both the media and the average Nigerian in jeopardy. Activists were detained without trial while the few kangaroo prosecutions organized by the military were done using a strange law requiring accused persons and not the prosecution to prove innocence.

Publishing strong editorials criticising the highhandedness of the military led to the banning of the circulation of several newspapers. Many journalists got bruised but the media survived. The implication of this therefore is that if the media could survive a battle with armed military leaders, nothing can successfully intimidate its professionals from continuing to act as the watch-dog and mirror of society as well as the voice of the voiceless.

Luckily two major developments have since occurred to embolden the media. To start with, for the first time in the history of Nigeria, the media was in 1999 specifically mandated to hold leaders accountable to the people. This assignment was embedded in the highest law of the land – the constitution, specifically Section 22.

The provision makes sense because the sovereignty of the people is the highest feature of democracy; the rationale being that anyone in power is there to represent the people. Every leader ought to be accountable to the people. In other words, Nigerian media professionals are since 1999, legally empowered to take-on a function they assumed on their own in the past. There is thus no reason why the journalists of today should allow themselves to be intimidated from carrying out a constitutional assignment.

The second strong point which seamlessly strengthens the media is the efficacy of the digital platforms of the social media. Unlike the mainstream media, social media platforms are exceedingly pervasive. In the absence of allocation of frequencies used by government to curtail the broadcast media, they have no limitations as to scope of operations. The social media is interactive and conversational thereby attracting public participation.

It is true that its availability for use by all stands the risk of its being used to propagate fake news and misinformation but media professionals who are trained to practice journalism know what to do to use the new media form to perform well. The digital platforms are quite useful for speedy gathering and prompt delivery of information to the public.

The only caution is that while using the platforms, media professionals should always remember the highest ethical value of their profession which is the sanctity of truth. Put differently, the media should use the platforms provided they ascertain the veracity of every material they decide to use.

There is no better time than now for the Nigerian media to rise to rescue the nation. Apart from Nigeria’s current insecurity, the highest since its existence, the country has suddenly become the poverty capital of the world. It is time to halt the nation’s poor governance and in the spirit of section 22 of our constitution compel our politicians to stop replacing governance with unending electioneering campaigns.

Ordinarily, this would not have been the best time to insist on this, because we are now in the normal time allocated to electioneering but we need to remember that the current electioneering began as soon the last elections ended. Politicians did not wait for the electoral body to signal the beginning of campaigns for the 2023 elections. There are indeed some politicians who are already allowing the 2027 contests to consume them right now. The media should never allow the campaign against social media by politicians to discourage them from using the digital platforms to create some political sanity in the country.

It is time for the leadership of the media at all levels to insist that when a journalist raises an allegation against a political leader, the subsisting collusion between government officials and the security agencies to immediately convert the allegation into a charge of treason and terrorism should stop. The way forward is for the allegation to be investigated. If it is false, the law should take its course and the journalist should be duly penalized. The present attitude of sweeping the allegation under the carpet by incarcerating the maker is not in the interest of the nation. It only festers unbridled corruption and impunity.

By virtue of section 35 of our constitution, no security agency has a right to detain an accused person beyond 48 hours without a court order as they have been doing in Cross River, Imo and Ebonyi states. No political leader has a right to order the detention of journalists simply because the materials published by them are not in his favour. As I stated at Edo University last Friday, section 308 of our constitution gives immunity from prosecution to president and his vice as well as governors and their deputies while they are in office but that immunity from prosecution cannot be extended to immunity from criticism or immunity from being held accountable to the people.

The Nigerian Union of Journalists NUJ and the Nigerian Guild of Editors (NGE) must immediately depart from mundane unionism and offer robust leadership to their members. Both bodies must combine to take-on any authority that deprives the media from carrying out the assignment given to it by the constitution.

This is electioneering time, the media particularly television should stop providing valuable air time to party representatives to tell us their different sides to intra or inter party conflicts. Such time should be given at all times between now and voting day to throw light on party manifestos and strategies for implementing them. Nigerians have since become tired of hearing campaigns that are devoid of the real issues that can uplift our nation.

— Iredia is a veteran journalist.