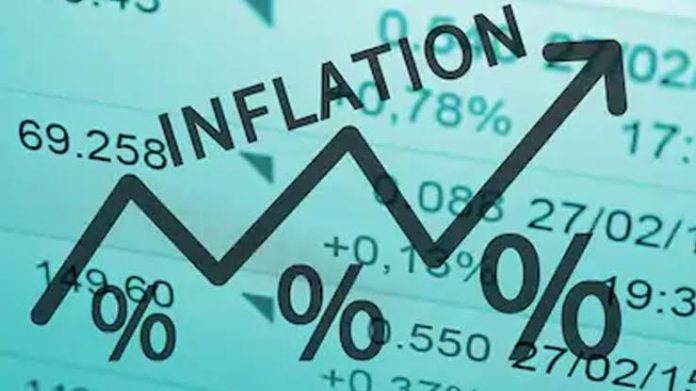 Nigeria’s headline inflation is projected to ease by 0.19 percent to 21.28 percent in December, according to a report released by Financial Derivatives Company Limited.

According to FDC, food inflation is expected to ease by 0.17 percent to 23.96 percent, while core inflation will increase by 0.18 percent to 18.42 percent.

If the projection comes true, it will be the first deceleration in inflation since January 2022.

“Typically, inflation edges up in December highlighting the impact of festive demand on prices. However, our estimates show that disinflation is most likely in December ’22 due to consumer price resistance, strengthening of the Naira, and seasonalities. As seen across markets, sellers were compelled to bring down the prices of their wares amid the low patronage of consumers. The prices of most food items declined or remained flat. In the same vein, the prices of non-food items remain relatively stable,” FDC explained.

“This has been the major driver of inflation in the last 10 months, and its stability is having a ripple effect on the imported products and muting the imported inflation. The Naira appreciated at the parallel market by 3.27% to N740/$ from N765/$ at the beginning of the month.

“The moderation effect of the harvest period of September-November was muted by the impact of floods that affected most of the food producing states. The implications of this have been elevated prices of food items and squeezed consumer income. This reflects more on the food inflation that has remained elevated since January. The food inflation sub index soared to 24.13% in November, up 7% when compared with the January rate of 17.13%, and the highest since October 2005. Some of the inflation-stoking factors include the exchange rate inflation stoking, the decline in food production due to insecurity, war-induced supply chain disruption, high fertilizer prices, and surging logistic costs,” he added.

“Inflation is often regarded as a tax on the poor, but this time it hits every household, both the rich and the poor are affected. Soaring inflation is usually horrible for consumers as it shrinks their real income, makes them poorer, and leaves them with limited choices. Given that nominal income remains static, consumers will continue to protect themselves by switching to cheaper substitutes”

Contrary to expectations, there were indications of moderating food prices in major metropolitan cities in December 2022. This trend-bucking phenomenon appears to resonate more with weakening consumer purchasing power and price resistance rather than more food production. This is expected to engender moderation in inflation.

Rewane’s words: “Inflation is often regarded as a tax on the poor, but this time it hits every household, both the rich and the poor are affected. Soaring inflation is usually horrible for consumers as it shrinks their real income, makes them poorer, and leaves them with limited choices. Given that nominal income remains static, consumers will continue to protect themselves by switching to cheaper substitutes.”

A review of the inflation trend in 2022 showed that it was a year of brutal inflation not only for Nigeria but for the entire global economy.

Looking into the future, analysts, however, believe that there will be some relief in 2023 as geopolitical tension fades and commodity prices return to their pre-COVID levels. This will bring succor to the pressure on domestic prices and inflation is expected to start moderating from the second quarter of 2023. Nigeria’s headline inflation for 2023 is projected to average 16.2 percent.

According to FDC, Sub-Saharan African countries will begin to experience gradual tapering in inflation rates as global commodity prices moderate and the dollar becomes softer against major currencies.

Four of the six countries (Angola, Kenya, South Africa and Uganda) tracked by FDC recorded lower inflation in November. The downward inflation trajectory can be largely attributed to an increase in the domestic offer of products and services but food costs, as well as currency volatility, persist. In Nigeria, inflation is expected to taper in December on consumers’ price resistance after a 10-month consecutive increase since January.