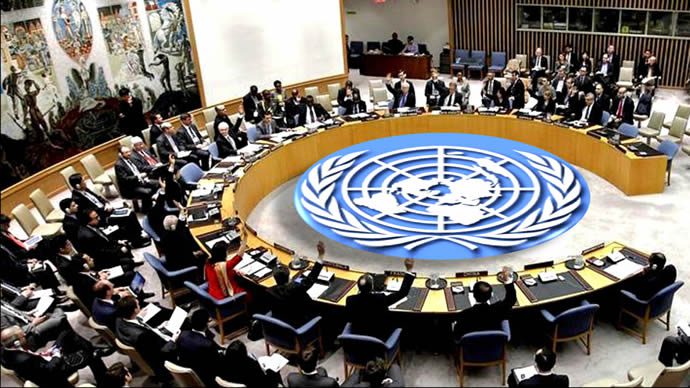 The paradigm shift occasioned by the Russia-Ukraine conflict in the international order has resonated with the call for United Nations Security Council’s reform in order to adequately respond to the challenges across the globe and adapt to the geopolitical realities of the 21st century.

This raises a prospect for the African continent in the quest for permanent membership of the council.

However, the possibility of Nigeria ascending this position is a concern that continues to generate questions, putting into consideration the current state of the country.

Admitting more members from Africa will bring the organisation closer to the people, and reduce the feeling of marginalisation of the continent on the global stage.

However, the question begging for an answer is which country from the continent has the capacity to ascend and join the US, United Kingdom, France, Russia, and China on the permanent seat of the UNSC?

For several years Nigeria has been contributing to the UN peacekeeping mission across the globe. Her contributions to peace and security in Africa cannot be overemphasized, especially in the restoration of peace to Liberia, Gambia, among others.

“For several years Nigeria has been contributing to the UN peacekeeping mission across the globe. Her contributions to peace and security in Africa cannot be overemphasized, especially in the restoration of peace to Liberia, Gambia, among others”

In 1990, Nigeria led a joint military intervention force, the Economic Community Monitoring Group, deployed by the Economy Community of West African States, to help restore peace, and order in Liberia. Out of the 6,000 troops that were sent to the country, Nigerian troops accounted for 84 per cent.

Between 1991 and 1993, when the ECOMOG standing troops rose to 12,000, Nigeria alone contributed 10,000 troops. The same was replicated following the conclusion of the second Civil War in the country when Nigerian peacekeepers were deployed to monitor a ceasefire agreement established under the UN Mission in Liberia in September 2003.

This Big Brother spirit was made manifest in the struggle that led to the collapse of apartheid regime in South Africa in 1991 and prevented the “democratic recession” that would have resulted to a great catastrophe in Africa when the then President of Gambia, Yahya Jammeh, decided not to hand over power to his successor, President Adama Barrow in 2017.

Without the contribution of Nigeria, most of the successes recorded by the ECOMOG within the West Africa sub-region and beyond would have been a mere dream.

Unfortunately, the country described as “the salt of Africa seems to have lost her savour” with the worsened insecurity, poverty, economic backwardness among other malaises spreading like a whirlwind across the country.

The Ezulwini Consensus is a proposal designed by the African Union to project the common position of Africa on the UNSC’s reform.
It demanded at least two permanent seats and five non-permanent seats for the continent. Shortly after Nigeria unofficially showed interest to represent the continent should the proposal be accepted, South Africa, which Nigeria contributed greatly to her independence in 1991, started showing interest.

Though, this is not strange because all states are believed to be equal regardless of their shapes, sizes, strength and years of existence. But, the display ought to awaken the Nigerian government to look at the past, evaluate the present and intensify effort towards the diversification of the country’s economy, wage serious war against corruption, rejig the security architecture, invest heavily in education and advanced technology so that Nigeria can have something to present when the time comes for the reform of the UNSC.