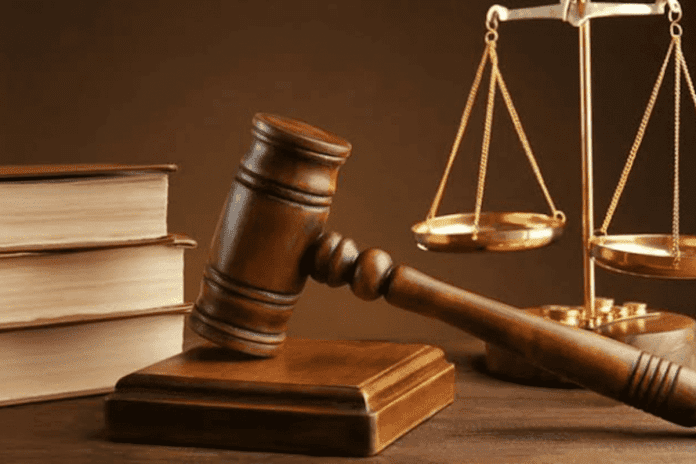 Two night guards have been arraigned before a Magistrate’s Court sitting in Osogbo, Osun State for allegedly breaking into one of the shops that they were hired to guard and carting away some goods.

Oyewole Samson, 43 and Akanfe Rasheed, 29, were said to have conspired to steal goods worth N4, 600,000 belonging to Bello Morufu Olalekan, a trader.

Police prosecutor, Inspector Abiodun Fagboyinbo, said that the duo stole computer gadgets at the shop which is located at Onipede Plaza, Prime area, Ofatedo, on June 18.

The charge against the suspects read that “Oyewole Samson and Akanfe Rasheed, on the 18th day of June, 2022 at about 6am at Onipede Plaza, Prime area, Ofatedo beside Nepa office in the Osogbo Magisterial district, did conspire to commit felony to wit stealing and thereby committed an offence contrary to and punishable under Section 516 of the Criminal Code, Cap 34, Volume II Laws of Osun State Nigeria 2002.

“You did break into and enter the shop of one Bello Morufu Olalekan with intent to commit felony and thereby committed an offence contrary to and punishable under Section 411(2) of the Criminal Code, Cap 34, Volume II Laws of Osun State Nigeria 2002.

Other items are “Samsung A23, Infinix Hot 10, Spark 8, Tecno pop 2f, Nokia phone and power bank with total value (of) N4,600,000, property of one Bello Morufu Olalekan and thereby committed an offence contrary to and punishable under Section 390(9) of the Criminal Code, Cap 34, Volume II Laws of Osun State Nigeria 2002.”

They pleaded not guilty to the three-count-charge.

Their defence counsels, O. Richard and Najite Okobe, urged the court to grant their clients bail in liberal terms, saying that they would provide reliable sureties.

Magistrate Olusola Aluko granted them bail in the sum of N500,000 with two sureties each in like sum. He ruled that one of the sureties must be a chieftaincy title holder with evidence displayed on the bail bond.

The matter was adjourned till July 12 for mention.