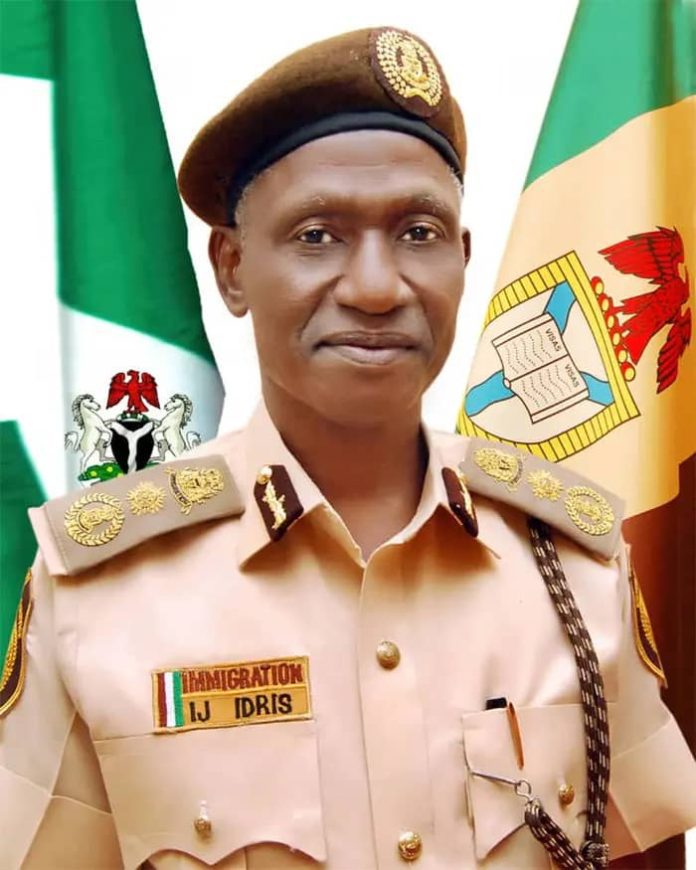 The Nigeria Immigration Service has apprehended 303 suspected irregular migrants in Uyo metropolis during a mop up exercise in Akwa Ibom State.

The Comptroller of Immigration Service in Akwa Ibom Command, Mrs. Francisca Dakat made this known while addressing newsmen after the mop up in Uyo on Saturday.

Dakat said that of the 303 irregular migrants apprehended 285 were adults and 18 minors.

She said that the exercise was in line with the service directives that non Nigerians should not participate in the forthcoming general election.

She said that before the exercise, the command had earlier carried out a sensitisation workshop for all non-Nigerians resident in the state.

“The mop up, which took place in Uyo metropolis, will be a continuous exercise and will be extended to all the 31 Local Government Areas of the state.

“The 303 suspected irregular migrants were profiled and 203 were confirmed Nigeriens while 100 were handed to their community leaders,” Dakat said.

She urged non-national residents in the state and those who visited for business or leisure purposes, to obtain valid travel documents, to prevent running afoul of immigration laws.

The comptroller warned non Nigerians against participating directly or indirectly in the forthcoming general elections, stressing that culprits would be punished accordingly.

She commended the state government and other security agencies for their support to ensure the success of the mop up. (NAN)