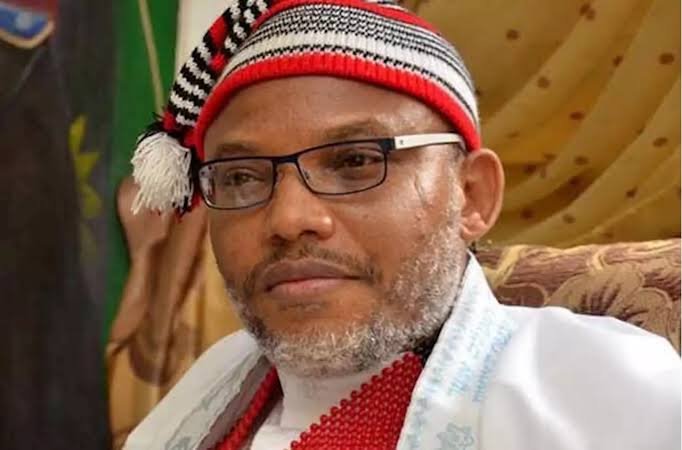 A lawsuit accusing the British government of refusing to acknowledge that jailed Biafran separatist leader Nnamdi Kanu was the victim of extraordinary rendition to Nigeria began at a court in London on Tuesday.

The hearing in the case, brought by Kanu’s brother, comes after Nigeria’s Court of Appeal on October 13 dropped seven terrorism charges against Kanu, but did not acquit him.

Nigeria’s Court of Appeal ruled that Kanu was abducted in Kenya and extraordinarily rendered to Nigeria in June 2021, but Kanu remains in detention pending an appeal by the Nigerian government.

Kanu, who holds Nigerian and British citizenship, founded the Indigenous People of Biafra in 2014 to press for the secession of the Igbo ethnic group’s homeland, which covers part of South East Nigeria.

Authorities view IPOB as a terrorist group and banned it in 2017. IPOB says it wants to achieve independence through non-violent means.

Kingsley Kanu’s lawyers argue that Britain’s Foreign Office should reach “a firm, rather than provisional, view” on whether his brother was the victim of extraordinary rendition from Kenya to Nigeria.

One of the lawyers, Charlotte Kilroy, said that taking a final view on whether Kanu was the victim of extraordinary rendition would allow the Foreign Office to properly assess what steps to take to assist Kanu.

She added that the evidence Kanu was unlawfully taken from Kenya to Nigeria is “overwhelming”.

But James Eadie, representing the Foreign Office, argued that there was no obligation on the British government to reach a final view on the legality of Kanu’s detention.

He said in written arguments that Kanu’s case has been raised in “at least 43 intergovernmental meetings or other bilateral exchanges”, including two meetings between then-Prime Minister Boris Johnson and Nigeria’s President Muhammadu Buhari.

Eadie also said that British officials had visited him in jail. The Foreign Office had decided not to make a public statement about Kanu’s treatment to avoid “adverse consequences” for him, he added.

The region tried to secede from Nigeria in 1967 under the name of Republic of Biafra, triggering a three-year civil war in which more than a million people died, mostly from starvation. (REUTERS)