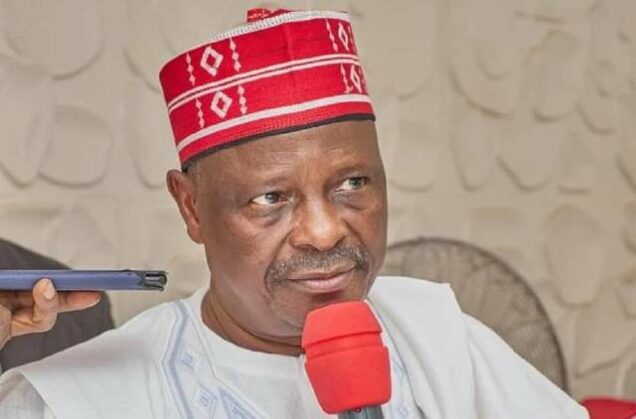 The New Nigerian People Party faithful on Saturday described the visit by Presidential candidate, Rabiu Kwankwaso, to Cross River as symbolic and unparalleled.

A cross section of party members and candidates who spoke to NAN after the inauguration noted that his love for grassroots development has further enhanced the party’s acceptance in the state.

Buba Galadima, the Secretary, Board of Trustees of the party, said that the visit was one-of- a-kind and a homecoming for him, adding that the presidential team was very warmly received by the good people of Cross River.

“This is indeed a reunion. The last time I set foot on places like Ikom, Ogoja and the rest of the other places was in 1972 when I was a student at the university.

“Cross River has changed tremendously because when I last visited, when you drive every 10km, you’ll see canopies of trees and you cannot even see the sun.

“But today, the environment has been bastardised and what you find now is open fields which hitherto did not exist.

“But I am glad to report that the people are still very friendly as they have always been
“Thirdly, I want to place on record that even in the South, Cross River State is being regarded as Northern Nigeria because we have this long standing relationship.

“That is why you find a lot of Arewa people at least in this part of the country. You find them in Ugep, Ikom, Ogoja and several other places, including Calabar itself.

“So, whenever I am here, I feel like I am at home. I regard Cross River as my second home,” he said.
Galadima, who noted that the state also had a strong political bond with Northern Nigeria, added that NNPP had a wide acceptance by the people in Cross River.

“Politically, we have always tagged together and it seems like this bond has not been broken.

“This is why whatever that happens in Northern Nigeria is also happening in all of Cross River State.

“In a nutshell, this is what informed the kind of reception that we have received.

“This is why our party has got wide acceptance and is being received by the people of this state as their own political party.

“I assure you that with the kind of reception we have received in various areas since we arrived here in the morning we are assured that the NNPP will take Cross River State,” he said

Also speaking, Ambassador Wilfred Bonse, the NNPP gubernatorial candidate in the state, said the visit of Kwankwaso was the beginning of better things to come for the state and added that NNPP was the fastest-ever growing political party in the country.

“I will say we’ve been off to a very good start.

“Thankfully you’ve been with us since the morning and it’s almost midnight now but everyone is still full of constructive activity.

“That’s the vibe that has been missing in the polity. The lethargic youth kind of sleep over the belief that the polity was unchangeable has suddenly taken a U -turn as new hope is infused into the consciousness of the people by the viable choice that we provide and you can see it for yourself.

“So, I am ecstatic and my feeling about it is that this is a good start and just the beginning,” he said.

Bonse further added that the visit which was simply meant for the inauguration of the party campaign offices across the Central and Northern Senatorial districts of the State turned into rallies which are an unplanned bonus.

“The NNPP has been opening its campaign offices in chapters, wards and so on.

“You will think that such a front-runner presidential candidate as Senator Kwankwaso will not bother to visit Zonal and Local government headquarters as Ugep, Ikom and Ogoja.

“This is unprecedented and if you remember correctly, the Obolopon of Ugep noted that the last time a person of that pedigree visited Ugep was when Shehu Shagari came to visit”

“But he not only did that but further broke all electoral history records by also going to a village “Okondi” in Boki LGA to commission a party secretariat.

“This is unprecedented and if you remember correctly, the Obolopon of Ugep noted that the last time a person of that pedigree visited Ugep was when Shehu Shagari came to visit.

“So, this is the real grass root development strategy for sensitizing the people, meeting them right where they are.

“Also understanding their pain as well as connecting with them in a way that you can’t connect with them just on either social media or just talking at them from any distant platform,” he said.

Tony Odeh, the Cross River chairman of the NNPP said he felt very fulfilled after the visit of Kwankwaso, stressing that the visit was both strategic and impactful.

“When you look at my face, you will know that I am a very happy and fulfilled person because this is an opportunity that I have been yearning for.

“I have been thinking of how I will bring our leader to this community. Like I told him in Abuja and I will continue to say it, I am not following or working for him, but I am working for myself.

“I am representing myself in whatever I am doing because by the time he wins, all the people around me, my community and the state will be comfortable because I have an idea of what Kwankwaso stands for.

“I am somebody who believes in hard work and I believe in people who are hard working.

“So, today I am a happy person because I have succeeded in bringing Kwankwoso to Ogoja,” he said.

Odeh said that the people of the state were yearning for a change of leadership, adding that the change needed to flow from the national level to the people at the grassroots.

“I wanted him before now to come and see how the people are feeling because we are very disappointed in all that has been happening in the country.

“Cross River is one state that has what it takes to grow but the kind of leadership that we have had from the national level to the grassroots has never allowed us to move forward.

“So, I feel very happy and fulfilled,” he said.

Augustine Bisong, the NNPP candidate for Boki II State House of Assembly, noted that the NNPP presidential candidate was very well received by the good people of the State as well as party faithful at the grassroots.

“It is a beautiful thing. First of all, I want to thank Kwankwaso who has brought a new dimension to our polity. For the first time you see a presidential hopeful coming down to the grassroots.

“Today he is in Boki LGA, he also visited Ugep, Ogoja LGA as well and he went to areas that I believe that even if they say other presidential candidates should come to those areas they will refuse to come.

“So, I want to thank him sincerely for being the kind of person that he is and that’s what grassroots politics is all about.

“The reception he received was simply fantastic. I was not in Ugep, but when I put a phone call through I could hear the thunderous voices in the background.

“So, that meant the crowd was massive. His visit to Ikom was also splendid and for Boki and Ogoja where I am, I can confidently tell you that he is good to go,” he said.

Kwankwaso’s also visited Obolopon”s Palace Ugep, Yakuur and the Palace of the Sarkin Hausawa of Ogoja/ Kwankansiya Community Igoli, Ogoja as well as a town hall meeting which ran into the early hours of Sunday morning.