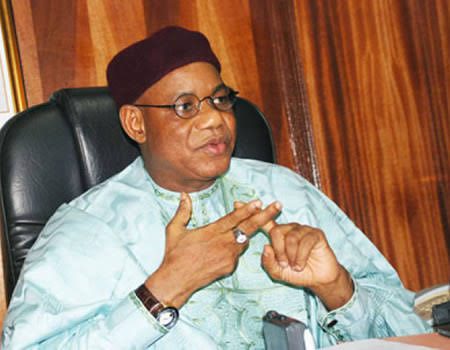 The New Nigeria Peoples Party has said that it is not oblivious of the strength of the PDP and APC but that it is building structures to swing surprises.

The National Chairman of the party, Rufai Alkali, a former presidential adviser on political affairs to ex-president Goodluck Jonathan, disclosed this in an interview with the News Agency of Nigeria on Wednesday in Lagos.

Alkali, also the former national publicity secretary of the People’s Democratic Party, said the NNPP as an alternative platform will spring surprises nationwide in the 2023 general elections.

He said that the kind of leadership the NNPP would be bringing into Nigeria would be totally different from what the other political parties had offered and are offering.

“We are out to reduce the drift and sharp edges of anger and bitterness in the country.

“NNPP is a party that is rooted in national movement that will usher in a greater Nigeria.

“We have now got our candidates at different levels and we are getting ready for the campaigning time soon for the elections.

We are waxing stronger. We are concerned about the future of Nigeria and our democracy,” he said.

The chairman, who said that Nigerians needed a genuine change, said that NNPP was ready to mobilise the people for the elections in 2023.

Alkali noted that many countries without vast resources such as Nigeria had been able to harness what was available to build their civilisation.

He said the consensus was that Nigeria was supposed to be one of the giants in the African continent because of the enormous human and material resources in the country.

“Nigerians are desirous that Nigeria should be a better country, especially given the fact that we are the largest population of black people in the continent.

“There is also a growing consensus that after 22 years of democratic governance, their country ought to grow in leaps and bounds.

“Ordinarily, we are supposed to have gone further than where we are by far.

Institutions and structures of governance are not optimally functioning,” Alkali said.

According to him, the security and economy of the nation are under pressure due to the cumulative effects of policies imposed on Nigeria in the past 40 years.

He said that some of these policies had dismantled everything that could provide and protect jobs.

He said there was a need to address challenges facing the nation and strengthen the unity of the nation which made some elites in the North to put themselves together in the NNPP to build a greater Nigeria.

He said: “Some of us, especially Sen. Rabiu Kwankwaso (the Presidential Candidate of NNPP) felt that the way to go is to try and bring our people together. At that time, who becomes president, senators, or minister is irrelevant.

“The relevant point is to bring our people together so that we can sit down and talk to each other. We have a clear idea that our own target is to rescue our country and save Nigeria’s democracy.

“We felt that having a national movement will not be sufficient, we must go the extra mile to have a political platform, which is why we opted for the NNPP.”