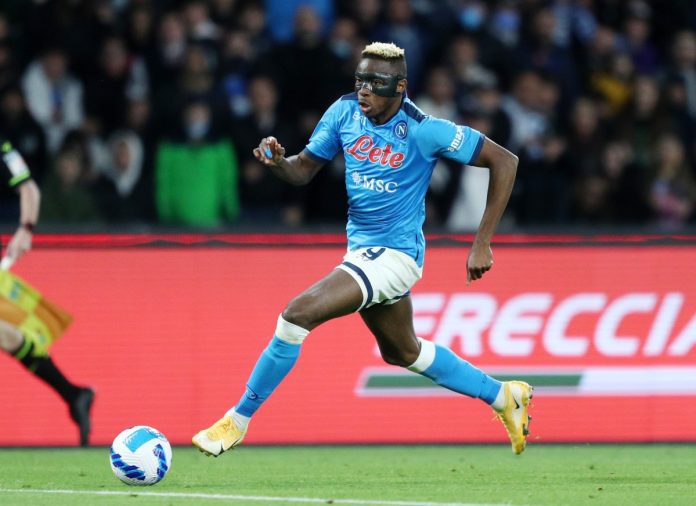 Napoli Sporting Director Cristiano Giuntoli has provided an update on the future of Victor Osimhen amid speculation in the media linking the Nigeria international with a move to the English Premier League.

It is known that Osimhen is on the list of strikers being considered by Newcastle United to bolster the squad ahead of the forthcoming season while Arsenal considered him as an alternative to top target Gabriel Jesus, who has now completed his move to the Emirates Stadium and made his friendly debut against FC Nürnberg on Friday.

The biggest stumbling block for the teams interested in signing the Super Eagles number 9 is his price tag, with Napoli valuing him in excess of 100 million euros.

Giuntoli has made it clear that no offer has been put forward by Osimhen’s suitors but admitted that some clubs have made enquiries over his availability this summer.

“There’s no bid for Osimhen… we’ve received some calls to explore the situation. Huge, really huge bid is needed to sell Osimhen,” he said.

Signed from Lille for a club record fee in the region of 70 million euros, Osimhen still has three more years left on his Napoli contract.