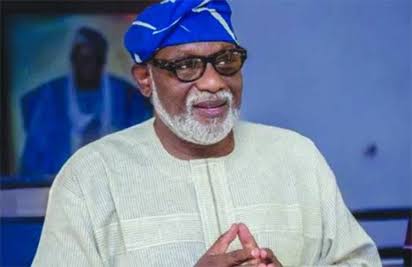 The Ondo State Governor, Oluwarotimi Akeredolu, said there was no religious discrimination among the people of the state.

The governor noted that religious tolerance was firmly rooted in Ondo State, adding that Christians and Muslims as well as traditionalists were given equal treatment in the Sunshine State.

Akeredolu disclosed this on Saturday in Akure at the Housewarming Ceremony of Albarka Lodge, built by the Grand Imam of Akure, Sheikh Abdul-Hakeem Yayi Akorede.

He said the religious tolerance in the state was largely responsible for the peaceful co-existence of the various religious leaders.

He congratulated Sheikh Akorede and commended him for toeing his father’s path in principle and action.

Imam AbdulRafiu Ajiboye-Lagbaji, who gave a lecture, said the administration of Akeredolu had benefited both Muslims and Christians.

Ajiboye-Lagbaji said that the administration had shown love and commitment to the Muslim community.

He noted that the Mosque built at the Government House premises by the Governor had continued to bring joy and satisfaction to the Muslims in the state. (NAN)