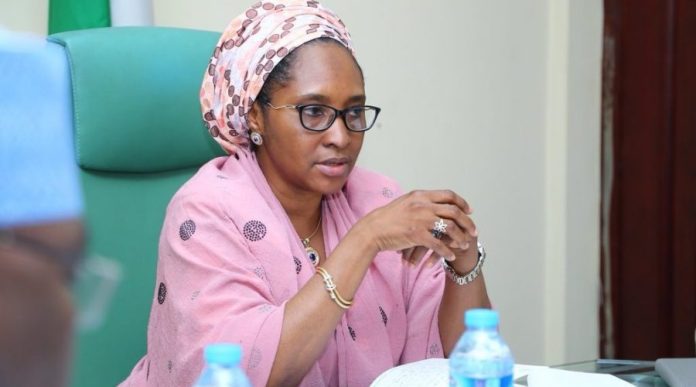 Naira expected to further depreciate against US dollar

A look at the Federal Government’s 2023 budget circular presented by Mrs. Zainab Ahmed, Nigeria’s Minister of Finance, Budget and National Planning, indicated that the government has proposed the sum of N19.76 trillion for its 2023 budget while its revenue underperformance and expenditure efficiency at both federal and states levels remains a point for discussion. This may likely leave Nigeria hanging on a fiscal cliff. BAMIDELE FAMOOFO reports.

Just in the wake of the oil theft mantra which has brought into light Nigeria’s ineptness to benefit from the rally oil price to grow foreign exchange earnings, reserves and its current account balance, the aggregate Federal Government revenue available for budget (including GOEs) for fiscal year 2023 is projected at N8.46 trillion (15.1 percent or N1.51 trillion less than the 2022 Budget), while the aggregate expenditure level is projected to be N19.76 trillion (inclusive of N1.68 trillion for GOEs, N40.52 billion for grants/donor funded projects and N1.77 trillion for multilateral / bi-lateral loan funded projects).

A breakdown of the aggregate expenditure shows that there are Statutory Transfers of N722.11 billion, Debt Service of N6.31 trillion, Sinking Fund of N247.73 billion, N1.20 trillion to service borrowings from CBN and Recurrent (non-debt) expenditure of N8.52 trillion.

Meanwhile, a total of N6.15 trillion (inclusive of N779.31 billion for GOEs) is provided for personnel and pension costs and then N4.37 trillion has been set aside for capital expenditures in 2023, representing 15 percent of the total expenditure (short of the 30 percent target set by the current administration), and is 25.4 percent less than the 2022 provision of N5.86 trillion.

“Patience Oniha, Director General of the Debt Management Office, painted a worrisome picture about the debt position of the country as she disclosed that Nigeria’s total debt profile as at March, 2022 stood at N41.60 trillion”

Ahmed, who disparaged that the Federal Government may be unable to provide for treasury-funded capital projects next year, especially due to dwindling revenue and payment of subsidies on PMS, also pointed out that crude oil production challenges and PMS subsidy deductions by the NNPC constitute a major threat to the country’s revenue growth targets.

Analysts at Cowry Asset Management Limited highlighted the implications of the proposed budget, noting: “the projected fiscal outcomes for 2023 are presented under two scenarios where: Case 1: FG’s projected revenues for 2023 printing at N6.34 trillion with N373.17 billion or 5.9 percent expected from oil sources and N5.97 trillion from non-oil sources.

Case 2: In addition to subsidy reform, this scenario assumes an aggressive implementation of cost-to-income limits of GOEs, with these, the 2023 FGN Revenue is projected at N8.46 trillion (15.1 percent or N1.51 trillion less than the 2022 Budget) but N2.12 trillion more than case 1. Here, N990 billion or 23 percent is expected from oil sources.”

Concerning debt servicing, N6.31 trillion has been allocated for 2023 and this amount comprises N3.29 trillion for domestic debt, N1.81 trillion for foreign debt, and falls in line with the projections by IMF that Nigeria will expend 100 percent of her revenues on debt services in 2023.

Also, N1.2 trillion is allocated for the servicing of the Ways & Means with the Central Bank of Nigeria which currently stands above N20 trillion. For more clarity, it is expected that the Federal Government will turn to international lenders for more borrowings of over N11 trillion and consequently drive Nigeria’s debt levels above N50 trillion.

Ms. Patience Oniha, Director General of the Debt Management Office, painted a worrisome picture about the debt position of the country as she disclosed that Nigeria’s total debt profile as at March, 2022 stood at N41.60 trillion.

Oniha said this during her appearance at the ongoing engagement on the 2023 – 2025 Medium Term Expenditure Framework and Fiscal Policy Paper held by the House of Representatives Committee on Finance on Thursday last week.

She attributed Nigeria’s high debt profile to shortfall in revenues and the deficit in the annual budget as approved by the National Assembly.

These, according to her, increased the debt stock of the country.

She revealed that, “as at December 2020, the debt stock of Nigeria and that includes the federal, state governments and the Federal Capital Territory was N32.92 trillion. By December 2021, it was N39.556 trillion. As at March of this year, we published quarterly, it was N41.6 trillion. On the average, the Federal Government owes about 85 percent of the total debt.

Johnson Chukwu, Chief Executive Officer, Cowry Asset Management Limited, in an analysis of the proposed budget carried out by the company, said the Naira value will further deteriorate and by implication more hardship for Nigerians, as cost of living will rise.

He noted that projected decline in oil price and subsidy payments estimated at N6.7 trillion may exert more pressure on government revenue in the 2023 fiscal year.

His words: “Cowry’s look at the key assumptions of the proposed 2023 budget raises the flag that more Naira devaluations will be made a reality as the Federal Government hopes for an exchange rate of N435.57/USD as against 2022 (revised) projections of N410.15/USD. Also, with projected daily oil production at 1.69mbpd and oil price benchmark at $70, subsidy payments (N6.7 trillion) may likely gulp earnings from oil sources as the Federal Government has failed to take advantage of the current rise in the oil price which is above the $73/b in the 2022 revised projections. This is predicated on the upward-pressure swings in prices which are heavily driven by the current and lag effect of the global price surge due to the Russia-Ukraine war, domestic insecurity, rising costs of imports, exchange rate depreciation as well as other supply-side constraints.”

Chukwu sees the Federal Government’s walk into the international debt market in 2023 (election year) dampened by rising yields which will place the Debt Management Office under pressure to deliver on the funding target.

Thus, this looks quite a stretch given the tight liquidity conditions in the global debt market, adding more pressure on the external front due to constraints to tapping external borrowings.

External
The Debt Management Office puts the value of the external debt component of the nation in the first quarter 2022 at about $39.97 billion.

Breakdown of the components of the foreign debt showed that Multilateral debt (debt owed to international financial institutions) like the International Monetary Fund, World Bank and the African Development Bank Group stood at about $18.96 billion, representing 47.43 percent of the total external debt.

The commercial component of the external debt, which naturally attracts a very high interest rate, stood at about $15.92 billion which represents 39.83 percent. Bilateral, country-based debt stood at about $4.5 billion with China leading with $3.67 billion, accounting for about 82 percent of the component. The other countries which Nigeria is indebted to are France (Agence Francaise Development), $567.89 million; Germany (Kreditanstalt Fur Wiederaufbau), $164.04 billion; Japan (Japan International Cooperation Agency) $67.96 million; and India (Exim Bank of India) $28.33 million.

Debt Service
About N669 billion was spent to service domestic debt in the first quarter period of 2022.

More money was deployed to debt servicing in March with N376.44 billion released.

In January, N188.36 billion was deployed to service debt while N103.88 billion was spent in February. The bulk of cash spent on debt servicing came from sales of Federal Government Bonds and Sovereign Bonds. Other instruments through which FGN raised funds to service its domestic debt are the FGN Sukuk rentals and Nigerian Treasury Bills (NTBs).

About N630.54 billion was raked from the sales of FGN Bonds in the first quarter followed by FGN Savings Bond, N340.42 billion. FGN raised about N29.64 billion from the sale of NTBs and N8.17 billion from Sovereign Sukuk rental in the same period.

On the other hand, actual external debt service payment in the first quarter stood at $584.79 billion. Commercial loans took the Lion’s share at 44.86 percent or $246.16 billion while multilateral loans gulped 31.58 percent valued at $173.34 billion. About $129.29 billion was spent on servicing bilateral loans in the first quarter of 2022. It accounts for 23.56 percent of the total spent on loan servicing in the review period.

BUA Cement drives NGX Index up 0.02% despite losses in Zenith Bank, others