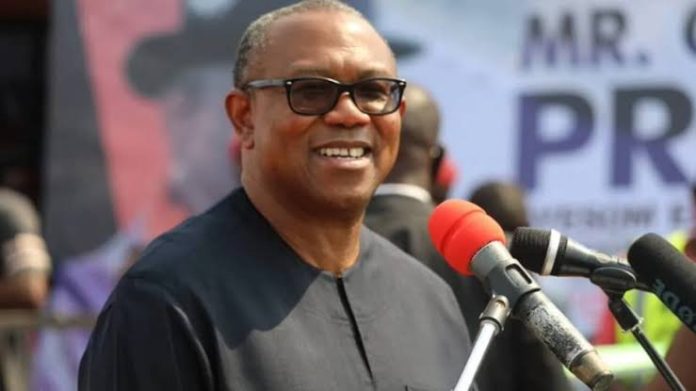 Labour Party presidential candidate, Peter Obi, has suspended his campaign activities to enable him identify with and assist victims of devastating floods across the country.

He also called on other presidential candidates do same.

Obi made the announcement while addressing journalists after his visit to Governor Samuel Ortom of Benue State at his Abuja private residence where he had gone to discuss modalities on his planned visit to flood sites in Benue and other states.

Obi is one of the four leading contenders for the country’s top job. The others are Asiwaju Bola Tinubu of the All Progressives Congress and Atiku Abubakar of the Peoples Democratic Party. There is also Senator Rabiu Kwankwaso of the New Nigeria Peoples Party.

Obi said while he has resolved to put his campaign on hold, he expected other presidential candidates to show concerns to the plight of victims of the flooding which has ravages whole communities, farmlands and states. He said the call became necessary considering how millions of naira were spent on nomination forms alone early this year.

Floods have hit parts of Nigeria in the last two months with the National Emergency Management Agency saying that about 2.5 million persons were affected and over 603 persons killed by the flooding caused by torrential rainfall.

Similarly, Obi reacted to the allegations by Governor Nasir El-Rufai of Kaduna State that he detained him in Anambra while he served as governor, pointing out that he had no such powers.

Obi said he was confined to his local government during the said election and urged El-Rufai to put the incident behind himself.

The former Anambra governor vowed to fix Nigeria’s challenges if he wins next year’s poll and becomes the country’s President.

Governor Ortom, while speaking, encouraged Nigerians to go into the 2023 general elections with the mind set of electing the best presidential candidate among the top hopefuls.

Ortom said the situation of the country currently is so critical and will need a hands-on and detribalised leader to restore hope, development and progress.