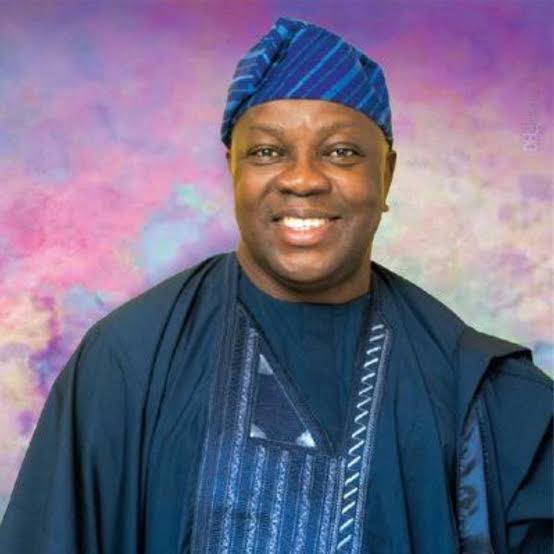 Members of the African Democratic Congress in Ogun State on Monday went into wild jubilation following an Appeal Court ruling in Ibadan, which set aside the judgment of a Federal High Court in Abeokuta that sacked the governorship candidate of the party, Biyi Otegbeye and other candidates of the ADC.

A Federal High Court sitting in Abeokuta, had on November 24, 2022, annulled the primary of the ADC for the governorship candidate in the state and 26 Assembly candidates of the party.

Justice Adetayo Aluko, who annulled the primary, also ordered the Independent National Electoral Commission to remove all the names of the 26 candidates from its website.

However, the Appeal Court, in a unanimous judgement delivered by Justice M. A. Adumein held that the lower court has no jurisdiction to adjudicate on the suit filed by the All Progressives Congress before the trial court challenging the primaries conducted by the ADC.

The judge asserted that “The lower court has no jurisdiction over the case. The judgement of the lower court is hereby dismissed.”

Therefore, the court awarded the cost of N50, 000 in favour of the appellant.

Counsel to the appellants, Tunde Falola, thanked the court for the well-researched and painstakingly delivered judgment.

In his reaction, Otegbeye said he was happy that the Court of Appeal ruled in his favour and that of the House of Assembly candidates also.

He said while the appeal subsisted, “we were undaunted by the schemes of our traducers and had no doubt of victory because we have fully complied with all extant provisions of the Electoral Act throughout the conduct of our primaries.

“Thankfully, our prayers were granted by the Court of Appeal. Let me swiftly acknowledge the Nigerian Judiciary as the last hope of the common man. I also appreciate the Court for protecting the integrity of jurisprudence and the sanctity of democratic values.

“It is clear that the ruling APC have run out of ideas and the needed justification to demand the people’s mandate for a second term; hence the desperate effort, at taxpayers’ expense, to take us out of the ballot.

“Unfortunately, they have failed and must now be ready to test their much diminished popularity and integrity at the polls.

“Our agenda over the next four years is to fix Ogun State and repair the broken systems. The ADC administration will create opportunities for all classes of people, restore the glory of the Gateway State, enhance the dignity of citizens and establish a culture of collective growth and shared prosperity.

“The victory at the Appeal Court today is therefore not just for us but for the good people of Ogun State who have been made to endure a most painful period under the governance of APC.

“Let us now prepare for this 2023 election by collecting our PVCs and be ready to exercise our democratic franchise.

“I thank all market women, artisans, students, youth’s bodies, civil servants, retirees, various organizations, Ogun indigenes in diaspora – all of whom have expressed apprehension and solidarity while the court cases lasted.

“I also thank all our party leaders and members and critical stakeholders in the state for being steadfast and committed all the time,” Otegbeye said.

In a similar development, the Court of Appeal sitting in Makurdi, Benue State, on Monday, ordered the All Progressive Congress to conduct a fresh primary in 11 local government areas of the state to determine the nomination of its governorship candidate for the forthcoming general election.

The judges who sat during the judgment are: Mohammed Danjuma, Justice Abraham Biobelle and Justice Ibrahim Jauro.

Reading the judgment in the appeal filed by one of the governorship aspirants, Terhemba Shija, Justice Danjuma who read the judgment said the court agreed with Shija in his assertion that there was no valid primary held on May 27, 2022, by the APC for the nomination of its governorship candidate in which Reverend Father Hyacinth Alia was declared the winner.

Justice Danjuma said after evaluating evidence submitted by Terhemba Shija which among others was the appeal panel report that sat after the primary to hear the issues of concern from aspirants, it made recommendations that the primary election was not valid.

However, the court agreed with the APC on the rerun of June 9, 2022 which took place in 12 LGAs of the state, saying it was very valid and still stands.

“Yes, I have seen that the APC did not conduct a valid primary on May 27, 2022, for reasons the appeal panel ordered a fresh election that was conducted on June 9, 2022, in some local government.

“In the interest of justice, I cannot allow those voters in the remaining 11 local government areas to be disenfranchised, therefore, the APC should go back and conduct an election in eleven local government areas within 14 days and the Independent National Electoral Commission should recognise the winner after adding both earlier primary results,” the ruling read.

In his reaction, the APC governorship candidate, Rev Fr Hyacinth Alia, appealed to supporters to remain calm adding that he was respecting the judgment of the court.

“We are law-abiding citizens and respect the judgment of the court. We appeal to our teeming supporters to remain calm, we are still going to be on the ballot. We are all in this for the greatness of our state and God.

Also reacting, the state chairman of the party, Austin Agada, urged the supporters to remain calm, saying the people had already spoken, “we believe that the voice of people is the voice of God.