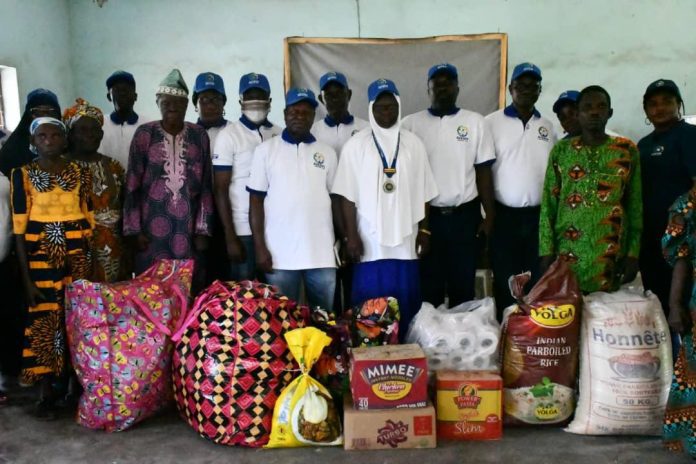 The Association of National Accountants of Nigeria, Ogun State branch has donated cash and food items, including toiletries to lepers in the state, as part of its Corporate Social Responsibility towards maintaining and encouraging the physically challenged persons.

Presenting the items at the lepers’ colony in Iberekodo, Abeokuta, the chairman of the branch, Mrs. Taibat Alim, said the donation was informed by the need to associate and extend hand of fellowship to them, as well as to mitigate the effects of rising price of food commodities.

Alim said the National Headquarters of ANAN had set aside every October 14 to visit less privileged in the society and impact meaningfully on them, noting that the gesture would be a routine exercise, so as to empower people living with disabilities.

“Indeed, it is our pleasure to visit them and encourage them as well. They are also human beings, but people usually ostracized them in society, but we need to move closer and empower them. The visit will be a routine exercise’’, Alim said.

She said that the Association really appreciated the support and contributions of the governor, Dapo Abiodun for his efforts in encouraging the lepers, noting that the state government alone could not shoulder the responsibility, corporate bodies should also assist the government.

Also speaking, the immediate past chairman of the Association, Olayinka Odukoya, stated that the donation was in fulfillment and continuation of service to humanity by the Association towards complementing government’s efforts on poverty alleviation which was started during his tenure.

In their responses, John Ojoawo and Jimoh Ahmed, who spoke on behalf of other beneficiaries, appreciated the Association for the kind gesture, calling on well-meaning individuals at home and in diaspora to come to their aid, especially in paying for their medications and education of their wards.