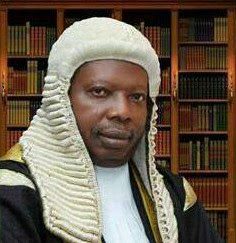 The passage of the Bill has thus increased the state’s capital expenditure by additional N70.94bn, while recurrent expenditure will gulp N182.48bn with a total of N100.251bn additional revenue.

The passage of the supplementary Bill which had added to the initial N350.7bn 2022 Appropriation law to a new N450.98bn, followed the presentation of the report of the House Committee on Finance and Appropriation done by its Vice Chairman, Ganiyu Oyedeji, who thereafter moved the motion for its adoption, seconded by Haruna Wahab and supported by the whole House through a unanimous voice vote.

Consequently, the Speaker, Olakunle Oluomo conducted the reading and clause-by-clause adoption of the sectoral allocations at a plenary at the Assembly Complex, Oke-Mosan, Abeokuta.

The Bill was unanimously approved by the lawmakers with slight adjustments in the recurrent expenditures of 47 agencies, just as the capital expenditures of 27 other agencies were equally reviewed.

The process leading to the passage of the Bill indicated that the recurrent expenditure was moved from N153.1bn to N182.48bn, resulting in an increment of N29.3bn, just as capital expenditure was increased from N197.5bn to N268.49bn giving N70.943bn total difference.

While expected Internally Generated Revenue was increased from N153.17bn to N160.17bn creating N7bn difference, the opening balance was re-adjusted from the initial N10.31bn to N 35.08bn, giving an increment of N24.77bn, just as a total of N68.47bn was added to the earlier approved N114.24bn expected capital receipt, which resulted in N182.72bn passed.

The title of the bill reads: “H.B. NO. 079/OG/2022-Year 2022 Supplementary Appropriation Law-A Bill for a Law for the Appropriation of the Sum of Twenty-Eight Billion, Seven Hundred and Ninety-One Million, Nine Hundred and Fifty-Two Thousand, Sixty-Nine Naira, Eighty-One Kobo Only for Recurrent Expenditure, (Including the Sum of Two Billion Naira Only for Servicing of Pensions and Gratuities) and Seventy-One Billion, Four Hundred and Fifty-Nine Million, Four Hundred and Sixty-Four Thousand, Eight Hundred and Naira, Sixty-Six Kobo Only for Capital Expenditure as Supplementary Vote for the Services of Ogun State Government of Nigeria for the Financial Year Ending Thirty-First Day of December, Two Thousand and Twenty-Two.”

Responding, Oluomo directed that the clean copy of the bill be transmitted to Governor Dapo Abiodun for his assent.