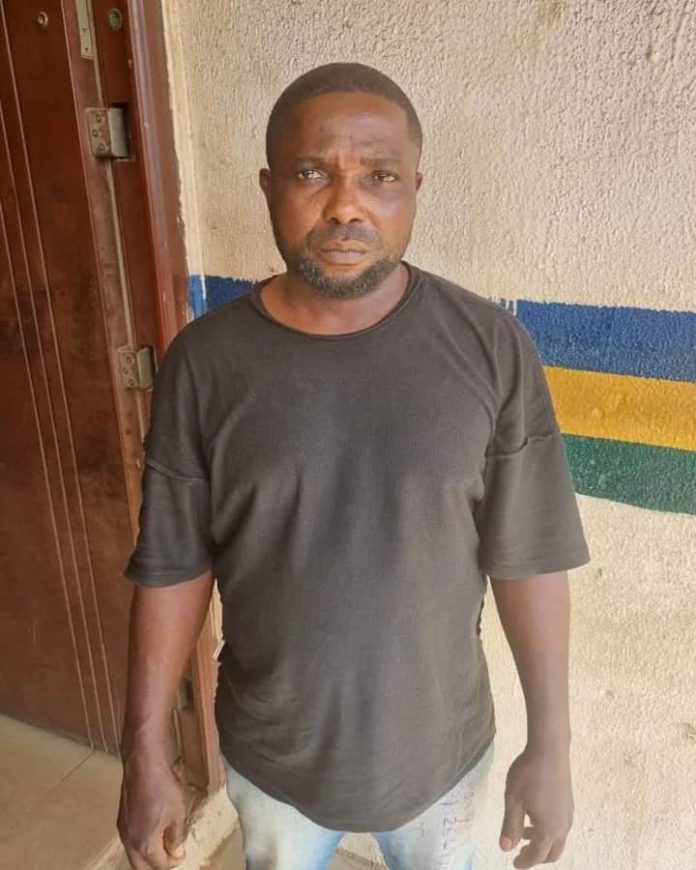 The police in Ogun State have arrested a 39-year-old man, Mfon Jeremiah, for allegedly having carnal knowledge of his biological daughter (name withheld) till he impregnated her.

Jeremiah, a resident of FIRRO Estate off Adesan, Mowe, was said to have started having sexual intercourse with his 13 year old daughter after he separated from his wife.

The victim’s mother had gone to check on the teenager when she discovered that she was pregnant.

Upon inquiries, the girl was said to have confessed that Jeremiah was responsible for the four-month old pregnancy. She took the victim to the hospital where it was confirmed that the teenager is four months pregnant.

Disturbed by this discovery, the mother of the victim lodged a report at Mowe divisional headquarters.

Consequently, the DPO Mowe division, SP Folake Afeniforo, quickly detailed detectives to the suspect’s house where he was promptly arrested.

On interrogation, the suspect confessed to being responsible for his daughter’s pregnancy, but claimed to be under spell when he did it.

Jeremiah informed the police that he was dreaming of having sex with his wife who has separated from him for some time now, only to discover that it was her daughter that he had sex with.

Confirming the incident, the spokesperson of the state police command, SP Abimbola Oyeyemi, said the Commissioner of Police, CP Lanre Bankole, directed that the suspect be transferred to anti human trafficking and child labour unit of the state Criminal Investigation Departments for further investigation and possible prosecution.