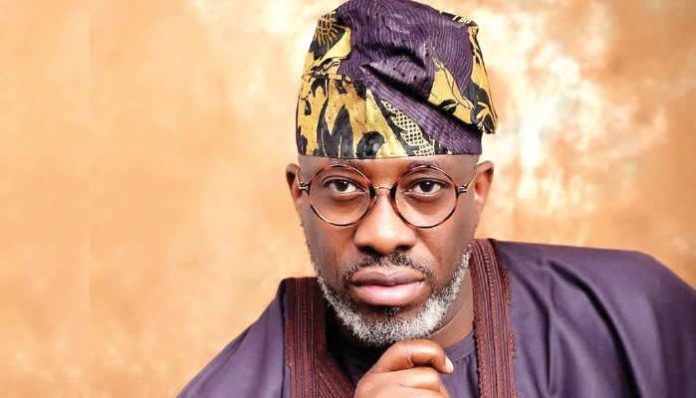 Factional governorship candidate of the People’s Democratic Party in Ogun State, Segun Showunmi, has said there is no division in the party and expressed belief that all stakeholders and members of the party will accept the verdict of the court on its authentic flag bearer ahead of the poll.

He said this at a pre-campaign briefing with select journalists in Lagos on Tuesday.

Showunmi expressed optimism and confidence that he would be on the ballot in the governorship election in Ogun State, especially as a Court of Appeal in Abuja had given a consequential order dismissing the ruling of a lower court over jurisdiction to hear the suit between him, the PDP and others.

The governorship candidate said this just as he noted that his campaign ahead of the governorship race would fully commence on September 28, this year, adding that his style would be issues-based.

This, he said, was because he would be running a “new deal” that would transform Ogun State.

While reiterating his acceptance of party supremacy both at the national and state levels, the governorship hopeful maintained that the primary election conducted by the Ladi Adebutu camp remained a charade and would not stand.

“So, as it concerns supposed recognition here and there, don’t worry, they will recognize everything that needs to be recognized. Like you are well aware that the Court of Appeal has given us the first favourable judgment, I trust that we will be fine.

“I actually don’t think we are divided, to be fair. We both accept the supremacy of our national organs. My position is that whatever it is they called their primary is a charade, it can’t hold and it can’t stand. The primary election that produced me as candidate followed all the extant laws of the country and in due season, they will definitely come to the point they have to come to.”

He added, “I have observed over the years that when it’s time for campaign, people don’t really have time to answer any questions, they sing and dance and invariably, they don’t give the people good opportunity to ask them the type of probing questions that can give people an idea of what kind of government they want to run. That’s why I want to reveal why I am running and how I hope my campaign will look like.

“If we could just pay more attention to what is going on in our state, then invariably, we will be cleaning the space from where we are standing. I expect that, going forward, if I become the Governor of Ogun State, I expect that it will be a completely different paradigm and that’s why I am running on a new deal.”

“What exactly does a new deal mean? I have observed that it’s almost as if people come into government in Nigeria, especially as governors, and they do the average things. You see them do a bit of infrastructure and make money for themselves and become extremely wealthy and rich and I do not see a sustainable plan that speaks to where we are now.

Where are we? For a Southwestern state for instance, I have become convinced that one of the ways for us to reduce the number of out of school children is to pay attention to the foundational issue of early education,” Showunmi said.