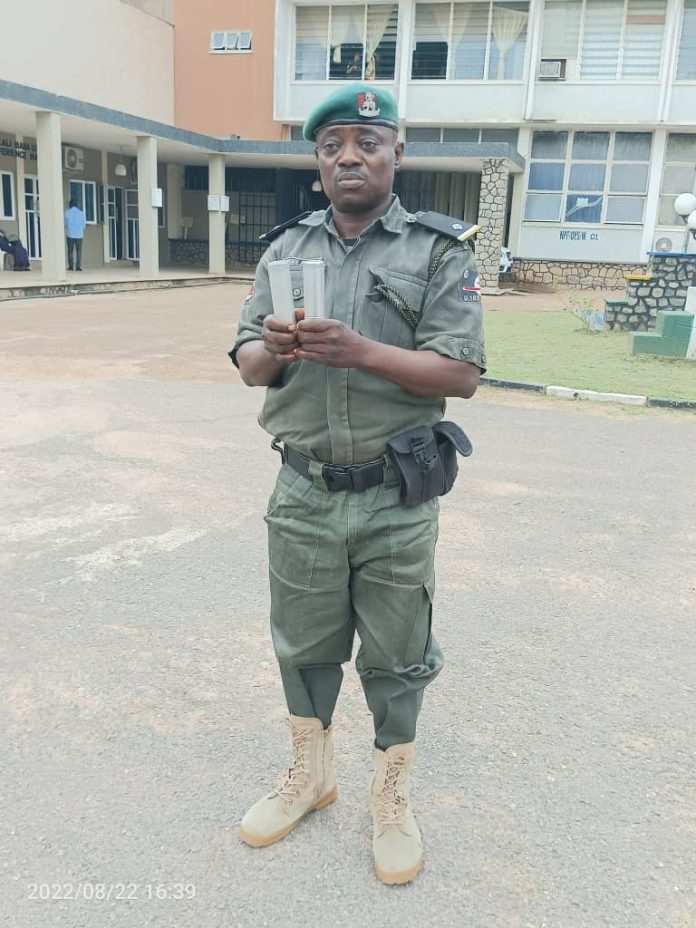 A Level-14 Elementary School teacher, Adebisi Ayodele, has been arrested by men of the Oyo Police Command for allegedly impersonating a police officer and conducting a stop and search duty on the road.

Information made available to The Point on Tuesday by the Public Relations Officer of the police command in Osun State, SP Yemisi Opalola, revealed that the suspect had been faking as a policeman for years.

Ayodele, while kitted in police uniform, was arrested while performing an alleged illegal escort and stop and search duties along Asejire Road, Egbeda Local Government Area of Oyo State.

Operatives of the Oyo command who were on intelligence patrols, nabbed the 50-year-old suspected impersonator while parading himself as an Assistant Superintendent of Police.

The suspect, a Level 14 teacher at Ikereku-Idan, Abeokuta, Ogun State, was being investigated by the command.

“The suspect, Adebisi Ayodele ‘m’ 50yrs, an elementary school teacher at Ikereku-Idan, Abeokuta, Ogun State who had hitherto paraded himself as an Assistant Superintendent of Police for years has been caught and his presently understanding de-brief at the Command,” the statement read.