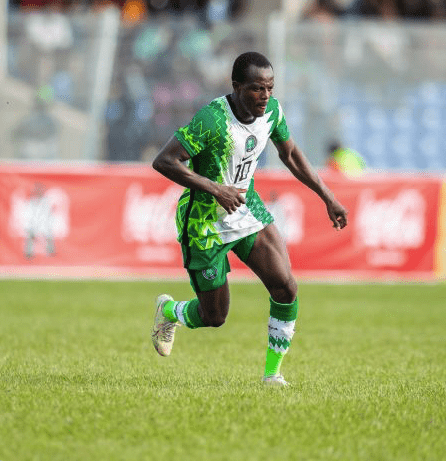 Nigeria’s U-23 national men’s team at the weekend at the Lekan Salami Stadium, Ibadan defeated Tanzania 2-0 in the reverse fixture of the second round qualifying stages of the 2022 CAF U-23 Africa Cup of Nations (U-23 AFCONQ) with Timileyin Ogunniyi and Success Makanjuola scoring in the match.

The Nigerian side were held to a 1-1 draw away last weekend in Dar es Salam by their opponents and had thus reached the next round of qualifiers 3-1 on aggregate.

After a goalless first half, Ogunniyi put the Eagles ahead in the 61st minute with a cracking free kick while captain Makanjuola doubled the lead three minutes later from the spot kick.

Makanjuola has now taken his tally to two goals in qualifying, having scored from the spot in last weekend’s 1-1 draw in Tanzania.

The team coached by Salisu Yusuf will face the winner between Uganda and Guinea in the next stage of the qualifiers ahead of the U-23 AFCON.

The Oyo State Governor Seyi Makinde announced a cash gift of N10 million when he hosted the Nigeria U-23 boys at the Government House, Agodi prior to the encounter.

The Governor promised a further sum of $20,000 should the team earn the minimum win against Tanzania that will shoot them into the final round of the qualifiers which they have achieved.

For scoring twice in the game, the ‘Olympic Eagles’ will also earn N1m which was pledged to the team by Super Eagles captain Ahmed Musa.