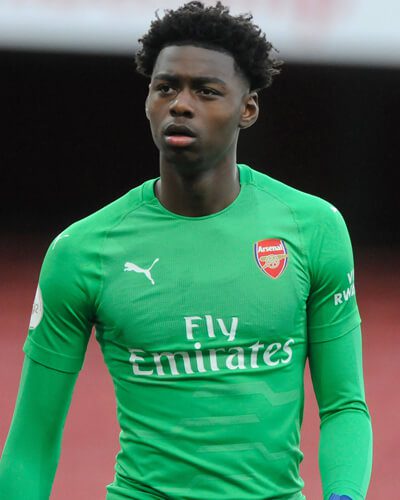 The original agreement between the Gunners and Railwaymen would have kept the former England youth international at the League Two club until the end of the current season.

Arsenal have triggered a recall clause in Okonkwo’s loan deal with a view to sending him out on loan in the January transfer window, with an imminent switch to Austrian Bundesliga side Sturm Graz on the cards.

The Premier League table toppers had until January 20, 2023 to activate the break clause.

Okonkwo was conspicuously missing from the matchday squad at One Call Stadium on Saturday as Crewe Alexandra were held to a 1-1 draw by Mansfield Town.

Providing an update on Okonkwo, Morris said: “He has gone back to Arsenal. They are potentially exploring an option for him to go out on loan somewhere else.

“Obviously it’s disappointing for us, nothing has been confirmed yet. As it’s standard practice in these type of loans, Arsenal have been really, really good in facilitating it, there’s a break clause that goes up until January 20 and that’s obviously being brought into effect this week.

“We are just hanging on hope that we can get some news either way over the next couple of days but it means that Arthur cannot play today.”

Okonkwo shone during his loan spell at Crewe Alexandra, recording ten clean sheets in twenty six games across all competitions.